Rumours suggest that the Redmi gaming phone will be powered by a MediaTek Dimensity 1200 SoC. 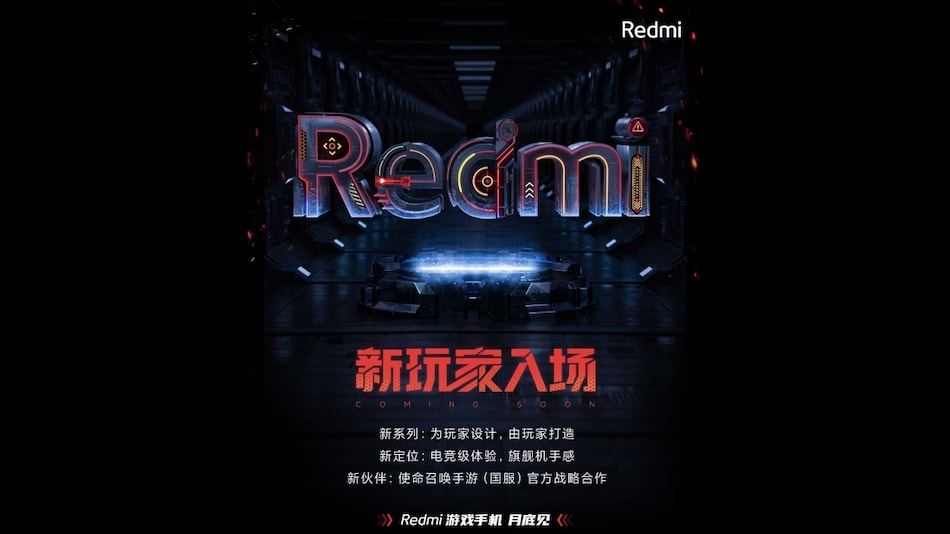 Redmi will launch its first gaming smartphone by the end of April, the company has announced via a Weibo post. Xiaomi's affordable brand Redmi has said that the smartphone will offer flagship-level, hardcore gaming experience and will be a cost-effective offering. The company also said that its aim is to create a gaming flagship for more players. In a related post, Redmi General Manager Lu Weibing provided details about why the company was venturing into this space. He also revealed that Redmi has partnered with Call of Duty: Mobile to optimise the game experience through continuous improvements.

As per a post by Redmi on Weibo, Redmi's gaming phone will be launched in April with an aim to provide a “[gaming] flagship to more players”. The company, however, neither revealed the exact date of the launch nor delved out any information about the launch of the phone in markets outside China. But Weibing provided detailed information on the company's move and said that the reason for venturing into this space is to provide “the ultimate price-performance ratio” (translated).

He said since Redmi smartphones are used by young users, a “generous price” point will “benefit the masses”, adding that the Redmi gaming phone will disrupt the “gaming mobile phone industry with a more hardcore gaming experience and a more extreme flagship price-performance”. The executive highlights that this handset will be the “lightest and thinnest hardcore gaming flagship” on the market. Redmi is also partnering with Call of Duty: Mobile to improve the gaming experience.

Tipster Digital Chat Station had previously suggested that Redmi's first gaming smartphone will be powered by a MediaTek Dimensity 1200 SoC. At that time Lu Weibing hinted that the company would discontinue the Redmi K30 Extreme smartphone and launch a successor with a newly-debuted SoC. FoneArena reports the smartphone is rumoured to come equipped with a Samsung E4 AMOLED screen featuring a 144Hz refresh rate, apart from a side-mounted fingerprint scanner, and a 5,000mAh battery with 65W fast charging support.