Redmi 9A Launch in India Today: How to Watch Livestream, Expected Price, Specifications

Redmi 9A India launch will take place virtually through a YouTube video. 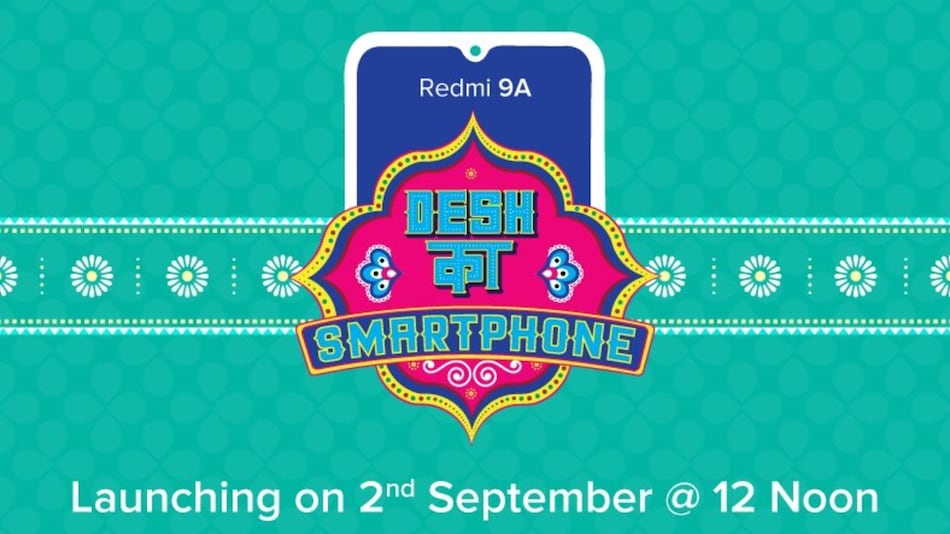 Redmi 9A launch in India will begin at 12pm (noon)

Redmi 9A is set to launch in India today. The new smartphone will be the third model in the Redmi 9 series in the country - after the Redmi 9 and Redmi 9 Prime. Its virtual launch will take place through Xiaomi's social media channels at 12pm (noon). In Late June, the Redmi 9A debuted in Malaysia alongside the Redmi 9C. The smartphone features a waterdrop-style display notch and comes with a large, 5,000mAh battery. The Redmi 9A will arrive in India as the successor to the Redmi 8A that Xiaomi launched in September last year.

Redmi 9A launch will begin at 12pm (noon) through a virtual event that will be livestreamed on YouTube. You can also watch the event live from the video embedded below. Furthermore, stay tuned to Gadgets 360 to catch the details about the Redmi 9A.

Redmi 9A price in India is likely to be in line with what was announced in Malaysia. The phone was launched at MYR 359 (roughly Rs. 6,300) for the single, 2GB + 32GB storage variant. A report, however, recently suggested that the Indian version of the Redmi 9A could come in 4GB + 64GB and 4GB + 128GB variants. The phone is also said to have Nature Green, Sea Blue, and Midnight Black colour options to choose from.

Apart from the minor changes, the Redmi 9A in India is expected to be identical to the model debuted in Malaysia with a 6.53-inch HD+ (720x1,600 pixels) waterdrop-style display and 20:9 aspect ratio. The phone also has an octa-core MediaTek Helio G25 SoC. The Malaysian variant comes with 2GB RAM, though the Indian model could offer 4GB RAM as a standard option. The smartphone is also likely to run on MIUI 12, based on Android 10 out-of-the-box.