The alleged live photos of Redmi 9 phone was released by a tipster on Twitter. 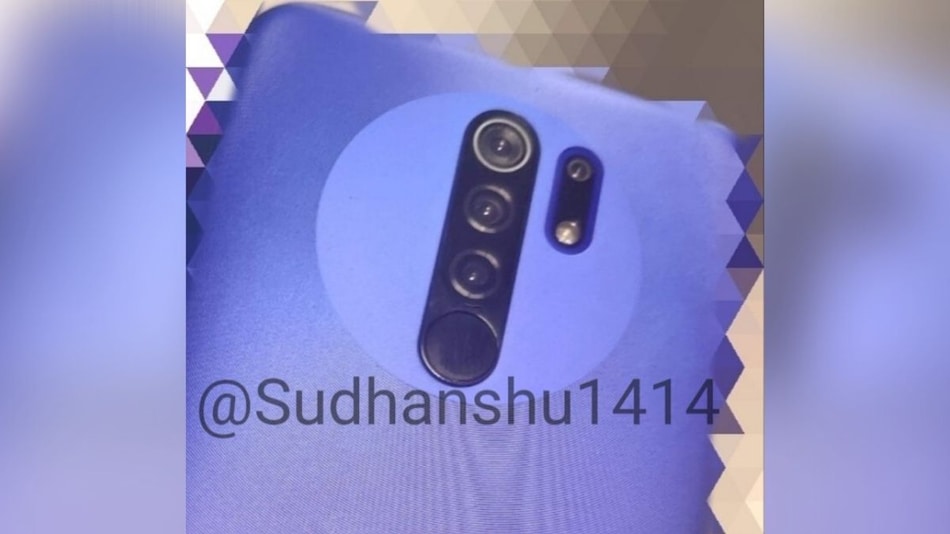 Tipster claims that the rear camera setup will include a 13-megapixel main sensor.

Redmi 9 smartphone is yet to be confirmed by the Xiaomi sub-brand, however, an alleged live photo by a tipster is now showing the quad rear cameras of the rumoured smartphone. The tipster also revealed that the Redmi 9 will be available in Purple and Green colour options and will pack a MediaTek processor. If true, the Redmi 9 will succeed the Redmi 8 that was launched in October 2019. Redmi is yet to confirm the launch of the smartphone, therefore, all the speculations are to be taken with a pinch of salt.

According to tipster Sudhanshu Ambhore, who released the alleged live photo on Twitter, the rear camera setup of the rumoured Redmi 9 will include a 13-megapixel primary sensor, an 8-megapixel secondary sensor, and a 5-megapixel macros lens. There is also a 2-megapixel depth sensor which is housed with the flash on the back panel. The tipster also highlighted that the rumoured smartphone will pack the MediaTek Helio G80 SoC. MediaTek has claimed that the Helio G80 SoC is well suited for AI-camera tasks such as object recognition (Google Lens), Smart Photo Album, as well as Bokeh-shot enhancements.

Another user on Twitter going by the name Xiaomishka also released alleged live photo of the rumoured Redmi 9 smartphone. In the photo, similar quad rear camera setup along with the protective case was highlighted. The same photos of the speculated Redmi 9 were spotted on other social media platforms. A user had also posted the same alleged live photo on Weibo.

As earlier mentioned, the Xiaomi sub-brand Redmi is yet to confirm the launch of the Redmi 9. To recall, the Redmi 8 that was launched in India in December 2019 was a budget smartphone featuring a 5,000mAh battery and dual camera setup. The phone came in two variants - 3GB RAM + 32GB and 4GB RAM + 64GB.