Redmi 9A and Redmi 9C may be powered by the MediaTek Helio G25 SoC coupled with 3GB of RAM. 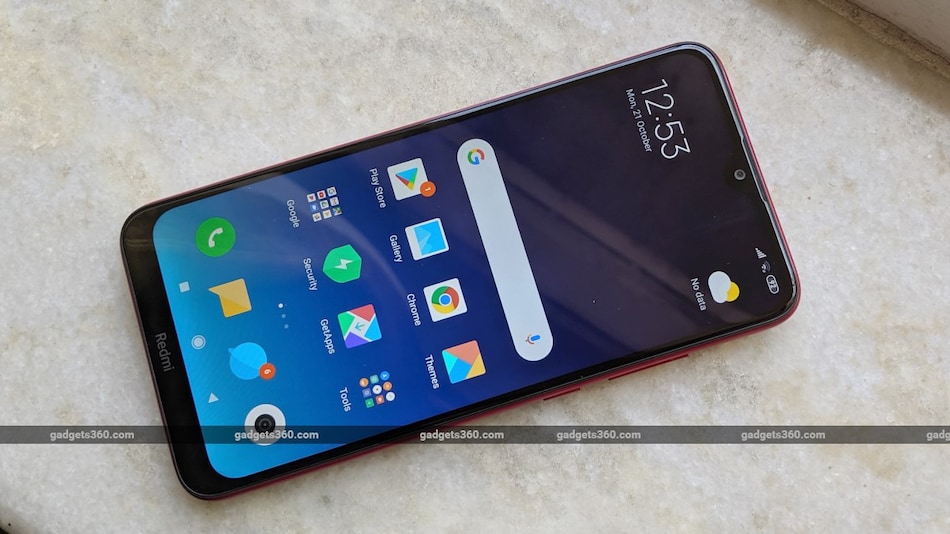 Redmi 9 is said to feature a 6.53-inch display, slightly bigger than the Redmi 8 (above)

Redmi 9 series specifications have been leaked online. The Redmi 9, Redmi 9A, and Redmi 9C are said to be the upcoming smartphones from Xiaomi that will follow the Redmi 8 series from last year. The phones have managed to avoid major leaks till now, but a tipster claims to have a detailed list of specifications for all three phones. Specifications of these three phones have been posted by the tipster on Twitter. Additionally, the tweet states that these phones will soon launch in India, as well as globally.

It may have a 64GB storage model that is expandable via microSD card (up to 512GB). The Redmi 9 may have a 5,000mAh battery and for connectivity, it is expected to feature a USB Type-C port, 3.5mm headphone jack, and an infrared (IR) blaster. The sensors include accelerometer, gyroscope, ambient light sensor, and proximity sensor. There is also a fingerprint scanner on the phone.

The rumoured dual-SIM (nano) Redmi 9C is said to feature a 6.53-inch HD+ (720x1,600 pixels) IPS display. Powering the phone will be a MediaTek Helio G25 SoC coupled with the Mali-G31 GPU and 3GB of RAM and 64GB of storage. It is expected to come with dual rear cameras including a 13-megapixel sensor and a 2-megapixel sensor. There is also a 5-megapixel selfie shooter. The battery, storage, sensor, and ports are the same as the Redmi 9.

As of now, the company has not shared any details about the Redmi 9 series, but the Redmi 9 in particular has been spotted on Bluetooth SIG certification website and US FCC listing. The FCC listing hinted that the phone runs MIUI 11 and has dual-band Wi-Fi, Bluetooth, and 4G LTE for connectivity. It also suggested a 5,000mAh battery for the Redmi 9.