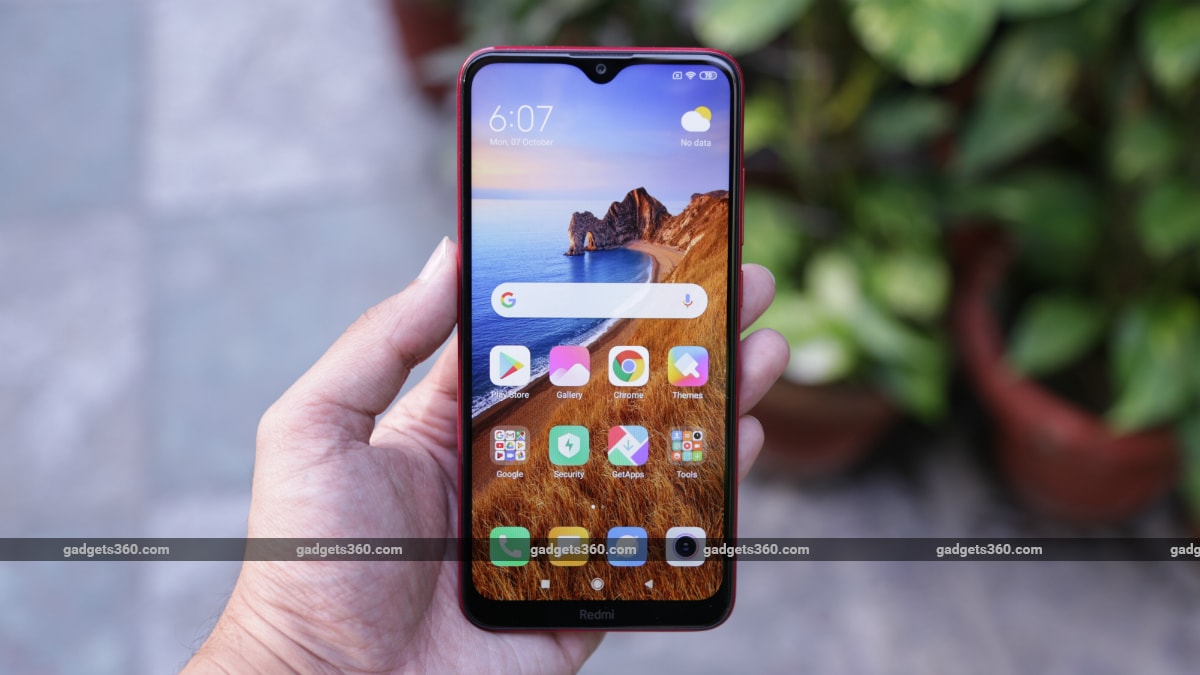 Redmi 8 launched in India on Wednesday. The new Redmi phone comes as a successor to the Redmi 7 that Xiaomi had launched in the country back in April this year. Similar to its predecessor, the Redmi 8 sports a waterdrop-style display notch and comes with a dual rear camera setup. There are, however, some upgrades, including a 5,000mAh battery and USB Type-C port. The Redmi 8 also comes with a new "Aura Mirror Design" at the back. The new Redmi phone comes just days after the Chinese company launched the Redmi 8A in the Indian market with a starting price of Rs. 6,499. Read on for details like the Redmi 8 price in India, release date, and sale offers.

The Redmi 8 price in India is set at Rs. 7,999 for the 3GB RAM + 32GB storage variant, whereas its 4GB RAM + 64GB storage option carries a price tag of Rs. 8,999. For the first five million units, the handset in 4GB RAM + 64GB storage configuration will be available with an introductory price of Rs. 7,999. Customers who order 3GB RAM variant will also get upgraded to the 4GB RAM variant, Xiaomi India chief Manu Kumar Jain announced during the live stream.

Coming in Onyx Black, Ruby Red, and Sapphire Blue colour options, the Redmi 8 has splash-resistant P2i coating on top. The phone will go on sale starting midnight on Saturday, October 12. Moreover, it will be available for purchase through Mi.com, Mi Home stores, and Flipkart.

To recall, the Redmi 7, the predecessor to the Redmi 8, had debuted in India with a starting price of Rs. 7,999 for the 2GB RAM + 32GB storage variant.

The dual-SIM (Nano) Redmi 8 runs Android 9 Pie with MIUI 10 and features a 6.22-inch HD+ Dot Notch display with Corning Gorilla Glass 5 protection. There is the octa-core Qualcomm Snapdragon 439 SoC, paired with up to 4GB of RAM.

In terms of optics, the Redmi 8 houses the dual rear camera setup that includes a 12-megapixel Sony IMX363 primary sensor with an f/1.8 lens and a 2-megapixel depth sensor. The primary sensor on the rear camera setup is notably identical to what was featured on the Mi Mix 2S and Poco F1. Furthermore, there are preloaded AI Portrait and AI Scene Detection features. The phone is also touted to recognise 33 scene categories, including six India-specific categories.

For selfies, there is an 8-megapixel camera sensor at the front. There are also artificial intelligence (AI) powered features, including Face Unlock.

Xiaomi has provided up to 64GB of onboard storage on the Redmi 8 that is expandable via microSD card (up to 512GB) with a dedicated slot. Connectivity options on the phone include 4G VoLTE, Wi-Fi, GPS/ A-GPS, infrared, wireless FM radio, 3.5mm headphone jack, and a USB Type-C port. Further, the phone has a fingerprint sensor at the back.

The Redmi 8 packs a 5,000mAh battery that works with various AI optimisations and supports 18W fast charging. There is, however, a 10W charger in the retail box.