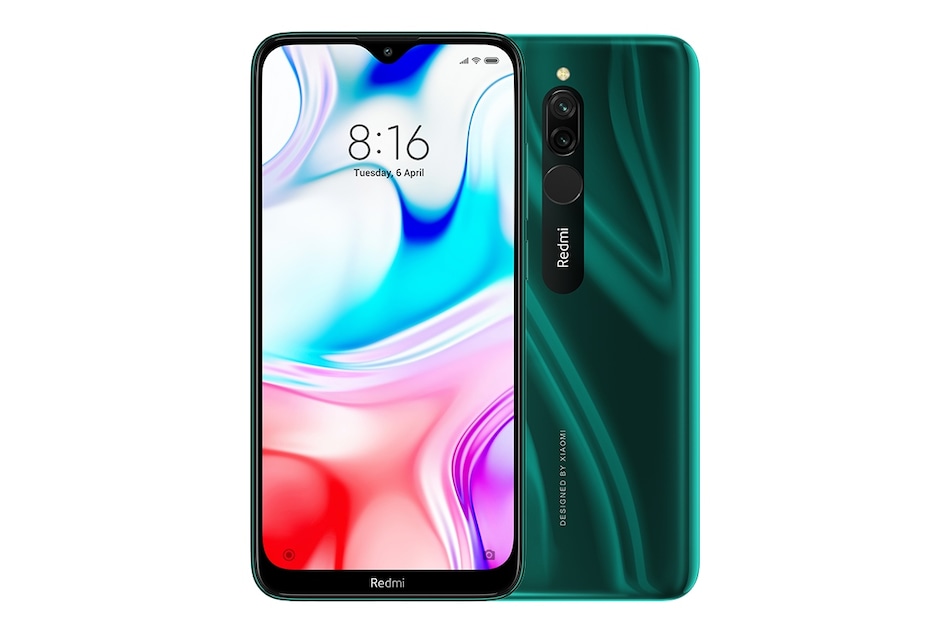 Redmi 8 price in India has been increased to Rs. 9,799, Xiaomi confirmed to Gadgets 360. The revision follows a previous price hike that took place just early last month. To recall, the Redmi 8 was launched in the country in October last year with a price tag of Rs. 7,999 for the 3GB RAM + 32GB storage variant, while its 4GB RAM + 64GB storage option debuted at Rs. 8,999. The phone offers a dual rear camera setup and comes with a waterdrop-style display notch. The Redmi 8 also features an “Aura Mirror Design” at the back and has three distinct colour options to choose from.

The Redmi 8 price in India has been revised to Rs. 9,799 from Rs. 9,499 for the 4GB RAM + 64GB storage variant. This shows a Rs. 300 increase from the earlier price hike that was silently brought in June. Xiaomi confirmed to Gadgets 360 about the revision. However, it didn't provide any details on the reason for the hike despite the fact that the phone was launched nearly nine months back and has already received a couple of increments in its price.

The new pricing is reflecting on both Mi.com and Flipkart. Furthermore, it is also applicable through offline retailers.

It is important to highlight that while the Redmi 8 arrived in two different variants, Xiaomi quietly discontinued the base model with 3GB RAM + 32GB storage configuration. Thus, the market has only the 4GB RAM + 64GB storage option available for purchase at this moment.

The dual-SIM (Nano) Redmi 8 runs on Android 9 Pie with MIUI 10 on top. It also reportedly started receiving an update to Android 10 along with MIUI 11. The phone has a 6.22-inch HD+ Dot Notch display and is powered by an octa-core Qualcomm Snapdragon 439 SoC, coupled with 4GB of RAM.

For photos and videos, the Redmi 8 has the dual rear camera setup that includes a 12-megapixel Sony IMX363 primary sensor with an f/1.8 lens and a 2-megapixel depth sensor. There is also an 8-megapixel selfie camera sensor available at the front.

The Redmi 8 has 64GB of internal storage that is expandable via microSD card (up to 512GB) with a dedicated slot. Connectivity options on the phone include 4G VoLTE, Wi-Fi, GPS/ A-GPS, infrared, wireless FM radio, 3.5mm headphone jack, and a USB Type-C port. There is also a fingerprint sensor at the back. Besides, the phone packs a 5,000mAh battery that supports 18W fast charging.