'Redmi by Xiaomi' Spotted on TENAA Ahead of January 10 Launch, Tipping Design and Specifications 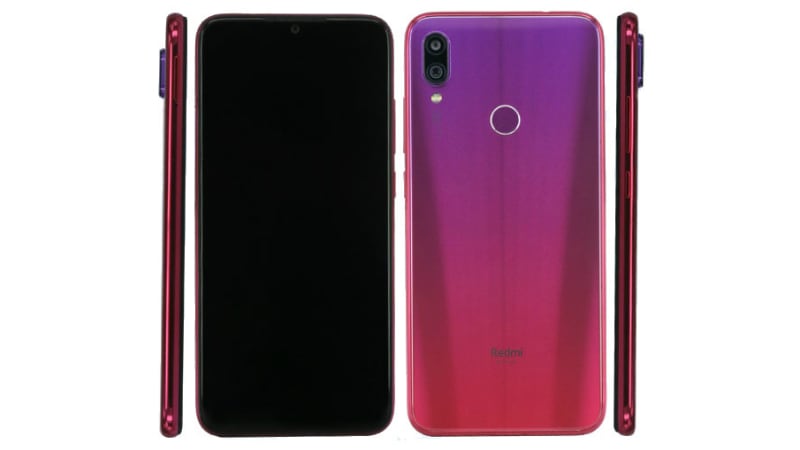 Xiaomi has announced its Redmi brand will now be independent

Xiaomi earlier this week announced that it is separating the Redmi series as a sub-brand. The company also confirmed that it is launching a new Redmi smartphone in China on January 10, and it will be equipped with a 48-megapixel sensor. The Redmi phone has now been spotted on TENAA certification site, revealing specifications and design details running up to the launch. The phone is listed in three model numbers - M1901F7C, M1901F7T, and M1901F7E, and it comes with a 6.3-inch waterdrop notch, a gradient back panel design, and a rear-mounted fingerprint sensor.

The TENAA listing suggests model numbers M1901F7C, M1901F7T and M1901F7E will come with a 6.3-inch display with a waterdrop-shaped notch. The image attached with the listing reveals a dual rear camera setup aligned vertically, a rear fingerprint scanner, and a pink and purple gradient back panel.

The most interesting bit is the 'Redmi by Xiaomi' branding seen on the rear panel. The listings suggest that the dimensions will measure at 159.21x75.21x8.1mm, and the smartphone will pack a 4,000mAh battery.

Xiaomi CEO Lei Jun has confirmed that the Redmi sub-brand will focus on the ultimate price/ performance ratio and will be e-commerce friendly while Mi series will focus more on mid to high-end segments and focus on new retail as well. Expect this new Redmi smartphone to be priced aggressively and available online-only.