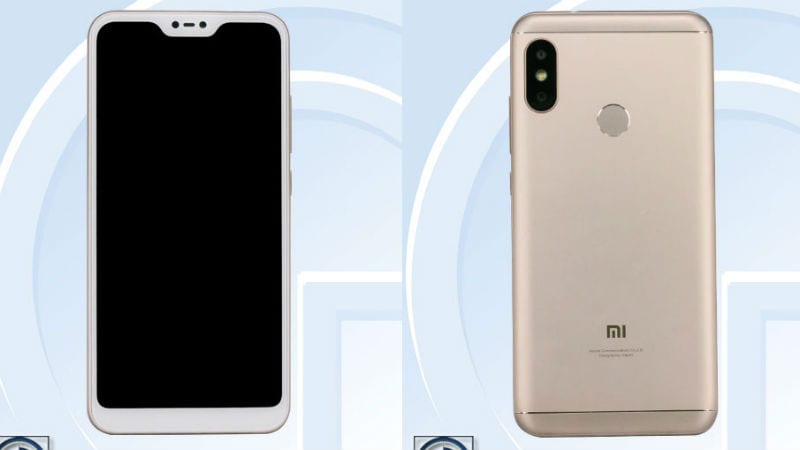 Redmi 6 Plus will have a display notch and vertical dual rear cameras, shows the listing

Xiaomi has already launched several new smartphones this year, and now it appears to be planning to unveil another set of Redmi series handsets. Just three months after the launch of the Redmi 5 lineup, its successor Redmi 6 had started to surface online earlier this month. While variants of the Redmi 6 or Redmi 6A were allegedly spotted in a Chinese certification site earlier, a new model that could be a 'Plus' or 'Pro' model has also surfaced. The latest leak also includes images of the smartphone suggesting it will come with an iPhone X-like notch.

A Xiaomi handset with model number M1805D1SE has been spotted on TENAA. The Redmi 6 Plus, Redmi 6 Pro, or whatever it ends up being called, appears to be a slightly bigger smartphone than the Redmi 6, similar to the Redmi 5 and Redmi 5 Plus duo. The new phone sports vertically stacked dual rear cameras a notch at the top of the display, possibly following in the footsteps of the upcoming Mi 8. As per the TENAA listing, the handset features a 5.84-inch full-HD+ display with 19:9 aspect ratio. It is powered by an octa-core processor clocked at 2GHz, but the exact SoC has not been revealed. It could be the Qualcomm Snapdragon 660 or the MediaTek Helio P60 processor.

According to the listing, the alleged Redmi 6 Plus or Redmi 6 Pro will come in 2GB/ 3GB/ 4GB RAM variants with 16GB/ 32GB/ 64GB inbuilt storage respectively. In terms of optics, there is a 12-megapixel primary sensor and a 5-megapixel camera at the front. The TENAA listing shows that the phone will run Android 8.1 Oreo. It is expected to come with the new MIUI 10 that will be unveiled soon.

The upcoming smartphone from Xiaomi packs a 4000mAh battery. Also, dimensions of the Redmi 6 Plus have been listed as 149.33x71.68x8.75 mm and weight is 178 grams. Additionally, it will arrive in several colour models - Black, Rose Gold, Champagne Gold, White, Blue, Red, Pink, Gray, and Silver.