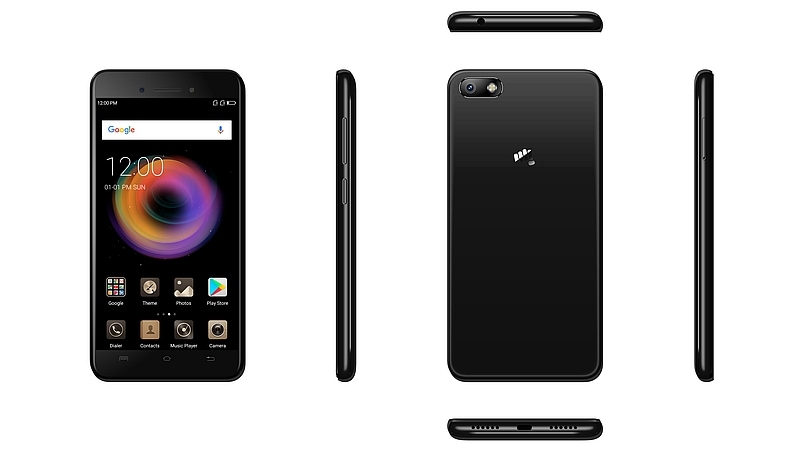 Like Redmi 5, the new Micromax Bharat 5 has a selfie flash

Hours after the Redmi 5 launch in India, Micromax has unveiled the Bharat 5 Pro was launched in India. Both the Redmi 5 and Bharat 5 Pro share the price tag - specifically, the base model of the Xiaomi phone. The biggest highlight of the Bharat 5 Pro is its 5000mAh battery, complete with a reverse charging feature that lets the smartphone be used as a power bank. Another area where it beats the Redmi 5 is the system memory as it comes with 3GB of RAM, while its rival offers 2GB RAM at the same price tag. Other highlights of Micromax Bharat 5 are the face unlock feature, and an LED flash module for the front camera.

The Micromax Bharat 5 Pro price in India is Rs. 7,999, which as we mentioned is the same price as the base model of the Redmi 5. Notably, the Redmi 5 base model features just 2GB of RAM and 16GB of inbuilt storage, which stands in stark contrast to the Bharat 5 Pro 3GB RAM and 32GB storage offering.

The Micromax Bharat 5 Pro comes with 32GB of inbuilt storage, which is expandable via microSD card. The phone has 4G VoLTE, Wi-Fi, USB OTG, and other standard connectivity options. As we mentioned, it runs on a 5000mAh battery, which is rated to deliver up to 2 days of usage, and up to 3 weeks of standby time.

Commenting on the launch, Shubhodip Pal, Chief Marketing and Chief Commercial Officer, Micromax Informatics said "Hence, we at Micromax have always been at the forefront of coming up with phones with extensive battery life and compelling product features, not too long ago we were the first to give our consumers a 30-day battery phone. Our new addition to the successful Bharat range - the Bharat 5 Pro will surely offer a complete package to the consumers at a very affordable price.