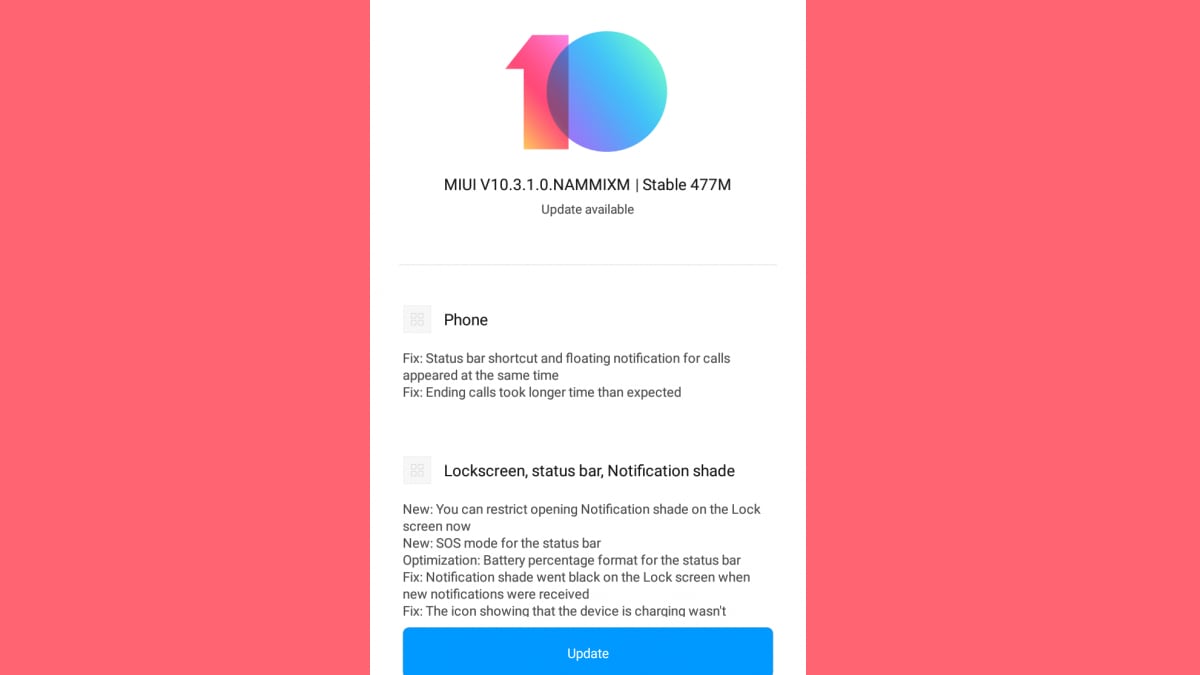 Redmi 4 gets a new update in India

Redmi 4 users are now reporting receiving a new MIUI 10 update bringing a slew bug fixes and improvement. The update brings fixes in Settings, Home Screen, notification shade, lock screen, status bar, and call related issues. Redmi 4 update is rolling out via OTA, so users will have to wait it out a bit before the update reaches to them. The firmware version for this update is MIUI 10.3.1.0.NAMMIXM and it weighs 477MB in size. Unfortunately, the latest MIUI 10 .3.1.0 update doesn't update the security patch. The Redmi 4 still runs on the dated October 2018 security patch.

Redmi 4 users have taken to the Mi India forums to share screenshots of the changelog. The changelog suggests that the update fixes the status bar shortcut and floating notification appearance issue, and also resolved the issue that caused delay in ending calls. The update also added the ability to restrict opening of notification shade on the lock screen, and SOS mode for the status bar.

The update optimises battery percentage format for the status bar, and fixed a sync page issue. There was also an issue where the portable hotspot couldn't be switched on when device name was set to maximum length, and that has also been fixed.

To check availability of MIUI 10 stable update on your Redmi 4, you can go to Settings > About phone > System updates > Check for updates.