Redmi 10X will reportedly come with a 4G variant and a Pro model. 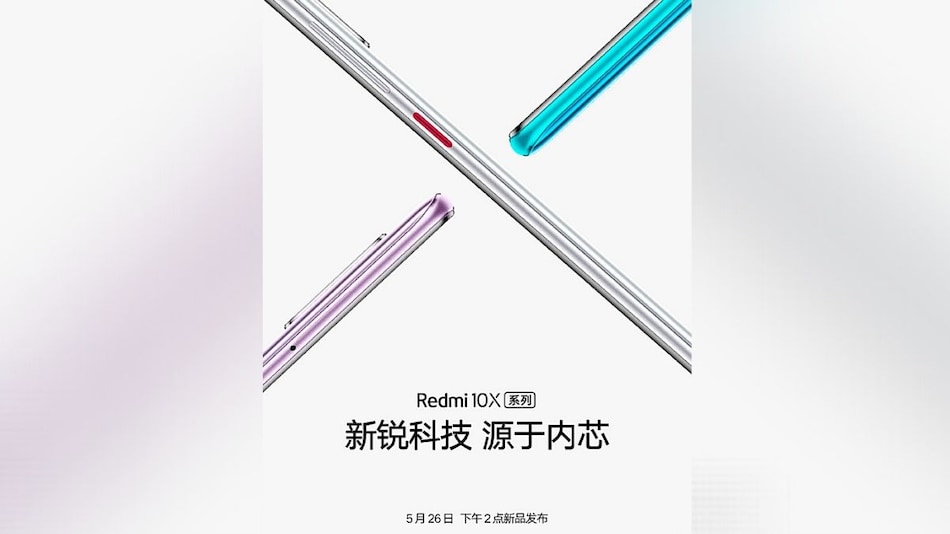 Redmi 10X smartphone will launch on May 26. According to the company, the phone will be powered by the latest MediaTek Dimensity 820 SoC and support 5G connectivity. Meanwhile, a report has claimed that Redmi 10X will get a 4G variant as well as a Pro model. The Redmi 10X 4G was reportedly spotted on Google Play Console last week. Moreover, the Redmi 10X is tipped to come with quad rear cameras and 5,020mAh battery.

Redmi General Manager Lu Weibing via Weibo on Monday revealed that the Redmi 10X will be powered by the newly unveiled MediaTek Dimensity 820 SoC. In a separate Weibo post, Weibing boasted about the phone's processor capabilities with an image highlighting the AnTuTu score of 4,15,672. Additionally, the executive added that the Redmi 10X will support 5G connectivity. Lastly, Weibing revealed that the phone will be launched on May 26 at 2pm CST Asia (11:30am IST).

Meanwhile, a report by 91 Mobiles in collaboration with tipster Ishan Agarwal claims that the Redmi 10X will come with a 4G variant that further will be offered in 4GB + 128GB and 6GB + 128GB storage options. The 4G variant is tipped to come in Green, Sky Blue, and White colour options.

Last week, Redmi 10X was reportedly spotted in a Google Play Console listing. It was highlighted that the Redmi phone allegedly features a full-HD+ (1,080x2,340 pixels) display along with 4GB RAM. Similarly, a Redmi phone rumoured to be the Redmi 10X 4G was spotted on Chinese regulator TENAA's website with the model number M2003J15SC earlier in April. As per the listing, it was speculated that the phone will carry a 13-megapixel front camera and 5,020mAh battery. It was also rumoured that the quad-camera setup at the back of the phone will house a 48-megapixel main camera, an 8-megapixel secondary camera, and two 2-megapixel cameras. It is expected that the Redmi 10X 4G price will start at CNY 1,499 (roughly Rs. 16,000) in China.

Lastly, the latest report by 91Mobiles also tipped that the Redmi 10X has a sibling dubbed as Redmi 10X Pro. The phone will be reportedly offered in 8GB + 128GB and 8GB + 256GB options and both the variants will come in Dark Blue, Gold, Silver / White, and Violet colour options. The report claims that the Pro variant of Redmi 10X will support 5G.