Redmi 10X Listed for Pre-Bookings Ahead of May 26 Launch 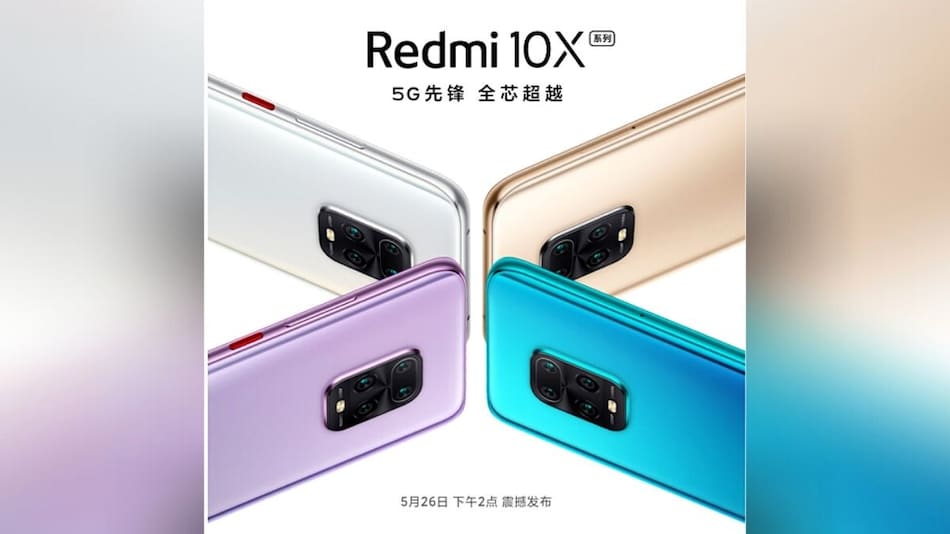 Redmi 10X phone has made its way to a Chinese e-retailer ahead of its launch on May 26. The smartphone by the Xiaomi sub-brand is up for pre-bookings via the website. According to the listed information, the phone is being offered in Standard Edition (translated) and Pioneer Edition (translated). It is speculated that the Standard Edition of the phone supports 4G LTE connectivity while the Pioneer Edition supports 5G. Earlier this week, Redmi General Manager Lu Weibing confirmed that the phone will be powered by the latest MediaTek Dimensity 820 SoC.

The images on the e-retail site, JD.com highlight that the phone will pack a 48-megapixel main camera. The camera module design is quite similar to the one we saw on Redmi Note 9 that was launched in April. Additionally, the image also highlights Redmi 10X's four colour options. These include Blue, Gold, Purple, and White. Moreover, a photo of the Redmi 10X's quad rear camera setup and a colour option was also published by Weibing on his Weibo account today. The e-retail website, unfortunately, does not reveal the key hardware specifications nor the pricing of the smartphone.

The company on Tuesday also announced that the Redmi 10X will be launched along with new Redmi smart TVs.

Additionally, it was hinted that Redmi 10X also has a Pro variant. Redmi 10X Pro will be reportedly offered in 8GB + 128GB and 8GB + 256GB options.