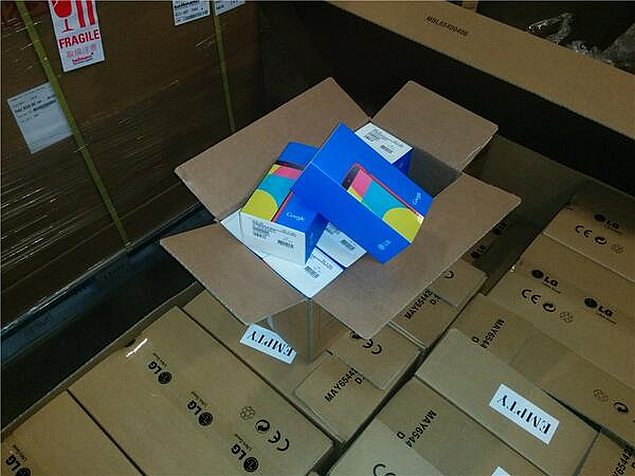 It seems Google might release a new colour variant for its Nexus 5 next month, if the latest purported image in a series of leaks is to be believed.

Android Police has posted an image that suggests that Nexus 5 will be hitting Google Play store on February 4. The leaked image comes via US carrier Sprint's internal documentation, supposedly meant to inform employees the Red Nexus 5 will be finally revealed. However, Android Police claims that the leaked internal document from Sprint hints that the Red Nexus 5 might not be launched on the carrier.

Unfortunately, the leaked Sprint internal document does not reveal any details about the pricing of the alleged Red Nexus 5 smartphone.

Earlier, some leaked images showed the packaging of the alleged Red Google Nexus 5, which was said to have been taken in an LG warehouse in the UK. A total of five images were leaked, which included three images of the Google Nexus 5 (Red) packaging cover, apart from shots of its front and back panels.

Prior to this, Google's Nexus 5 was spotted again in a Red colour variant in Vietnam. The alleged Red Nexus 5 was said be due for a release alongside a Yellow Nexus 5 model in February or March this year in Vietnam.

It's worth pointing out that Google has not launched any Nexus device in multiple colours except the conventional Black and White colours.

Google announced the Nexus 5 smartphone on November 1 at Rs. 28,999; however the device officially reached Indian shores only in the third week of November. Google Nexus 5 is the platform lead device for Android 4.4 KitKat.

For those unaware, the Nexus 5 comes with a 4.95-inch full-HD IPS display with a resolution of 1080x1920 pixels and boasts a pixel density of 445ppi, apart from sporting Corning Gorilla Glass 3. It is powered by a 2.26GHz quad-core Qualcomm Snapdragon 800 processor alongside 2GB of RAM. It sports an 8.0-megapixel rear camera with Optical Image Stabilization (OIS) and a 1.3-megapixel front camera. It comes in 16GB and 32GB storage options, with Black and White colours to choose from.