Realme 9i 5G is scheduled to launch in India on August 18. 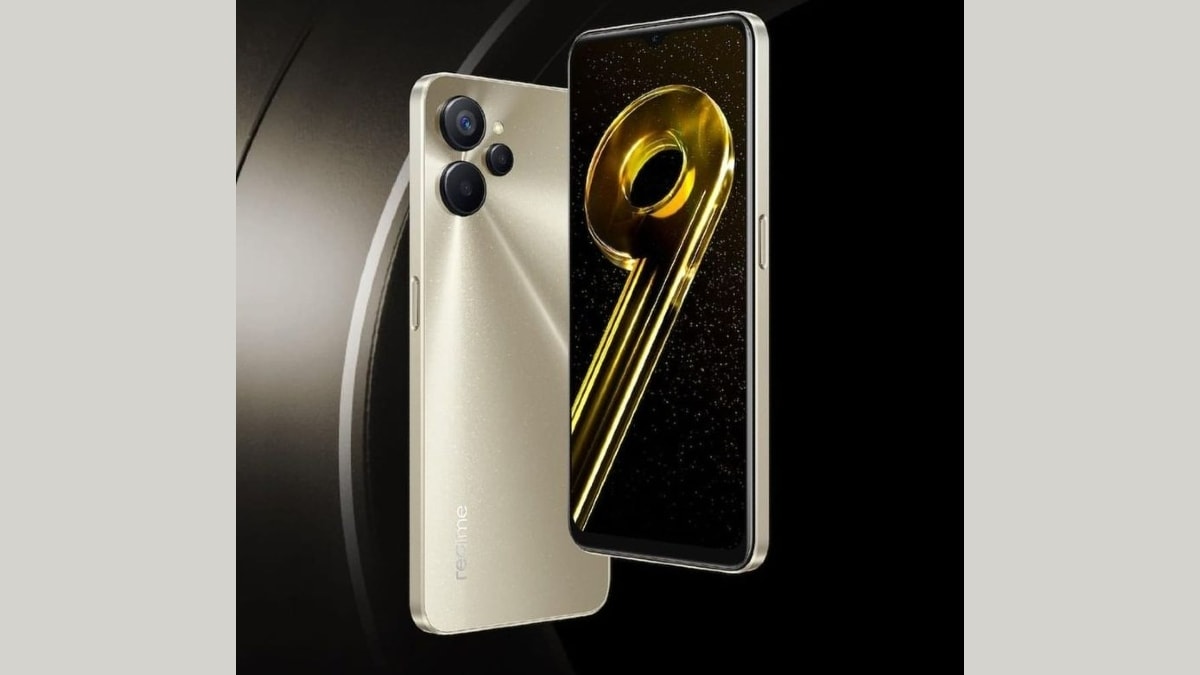 Realme 9i 5G renders have been spotted online, hinting at the colour options and design of the upcoming smartphone. The handset has been tipped to come in two colour variants. The renders indicate that the Realme 9i 5G will come with a triple rear camera setup. The handset will also feature a ‘laser light' design. Realme 9i 5G is scheduled to launch in India on August 18. The Chinese tech giant has confirmed that the handset will be powered by a MediaTek Dimensity 810 5G SoC. The handset is also said to house a 5,000mAh battery. The company previously launched the Realme 9i in January, which is powered by a Snapdragon 680 SoC and features triple rear cameras.

Reliable tipster Sudhanshu Ambhore leaked renders of the upcoming Realme 9i 5G via Twitter. The images suggest that the 9i 5G will come in Black and Gold colour options. As mentioned earlier, the handset has also been tipped to feature a triple rear camera setup and come with a laser light design. The smartphone also has a design with flat edges and houses a power button on the right, according to the leaked renders. The phone is shown to feature slim bezels on the front side.

As mentioned earlier, Realme has announced that the Realme 9i 5G will be unveiled during a launch event on August 18 at 11:30am. The handset will be powered by a MediaTek Dimensity 810 5G SoC. The 9i 5G from Realme runs on Android 11 with Realme UI 2.0 and sports a 6.6-inch full-HD+ display.

To recall, the Realme 9i was launched earlier this year in January. It comes with a 6.6-inch full-HD+ display with a 90Hz refresh rate. It is powered by a Snapdragon 680 SoC paired with an Adreno 610 GPU.

The handset, which made its debut at the start 2022, is equipped with to 6GB of LPDDR4X RAM and up to 128GB of UFS 2.2 storage. The Realme 9i features a 50-megapixel triple rear camera setup and a 16-megapixel selfie shooter. The Realme 9i packs a 5,000mAh battery that supports 33W Dart Charge fast charging technology. It runs on Android 11 out-of-the-box, with the company's Realme UI 2.0 skin on top.