Realme XT update version number is RMX1921EX_11_C.01 and it should arrive in a few days. Based on users reports, the update size is about 3.52GB. 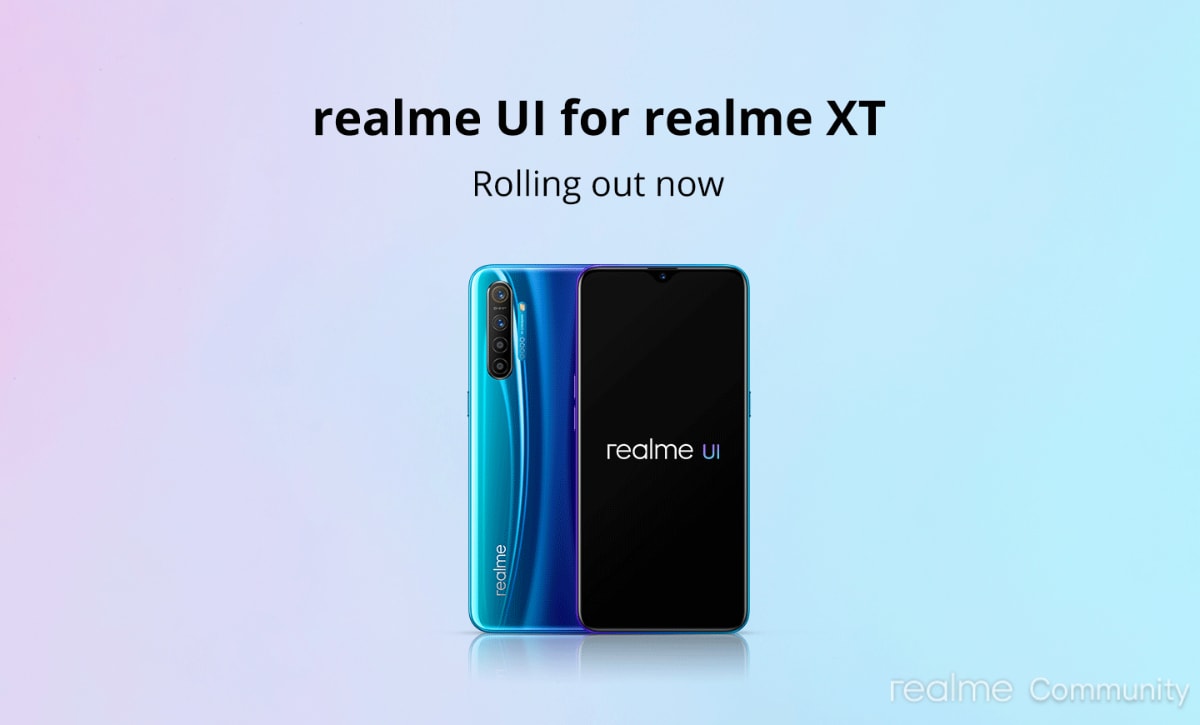 Realme XT gets a pause feature for screen recording

Realme XT has started receiving the Android 10-based Realme UI update in India. The update brings a new design, an optimised sidebar, optimised screenshot feature, navigation gestures 3.0, a new focus mode, and much more. The update is rolling out over-the-air (OTA) to a limited number of users initially, and a broader rollout will commence in a few days after ensuring that no critical bugs are found. Recently, the Realme X2 users in India were asked to submit their applications for beta testing the Realme UI interface as well. Realme has also released the Android 10 update for Realme 3 Pro last week.

The company has taken to the forums to announce the commencement of Realme UI rollout for Realme XT. The version number of the update is RMX1921EX_11_C.01 and the OTA update should arrive in a few days. If you haven't seen any notifications yet, check inside Settings page manually to see if you've received the update or not. Based on users' reports, the update size is about 3.52GB. There's no manual download link available as of yet, but it should go live soon. Again, this rollout is being conducted in a staged manner, and all users may not receive it immediately. When you do get the update, ensure that you keep sufficient storage space free, download under a strong Wi-Fi connection, and keep the phone on charge while the update is being installed.

Coming to the Realme XT update changelog, the new Android 10-based Realme UI update brings new navigation gestures that work even in landscape mode, new charging animation, live wallpapers, support for Oppo, Xiaomi, and Vivo phones with Realme Share, and a brand new design. The sidebar has been improved to offer a better experience and one-hand operation. The File Console has been replaced with File Manager and OSIE Visual Effect and no notification alerts buttons have also been removed. The ability to drag an app out of the smart sidebar to open in split screen mode has been added, and two new features like assistive ball opacity and hide assistive ball have been added on fullscreen app.

Features like an improved 3-finger screenshot option and a Focus Mode have been added to the Realme XT. The interface also brings a new list of wallpapers and custom ringtones. App icons are customisable based on shape and size, and the update brings a Personal Information Protection feature that is claimed to provide empty information pages when apps request access to the user's personal information. The update brings new charging animation, a pause feature for screen recording, and TalkBack floating prompts for Accessibility. There's also a new feature called Random MAC address Generator that generates a random MAC address to avoid targeted ads and protect your privacy when connected to Wi-Fi network.