Realme X9 does not have a release date yet and the company has not shared any details about its specifications. 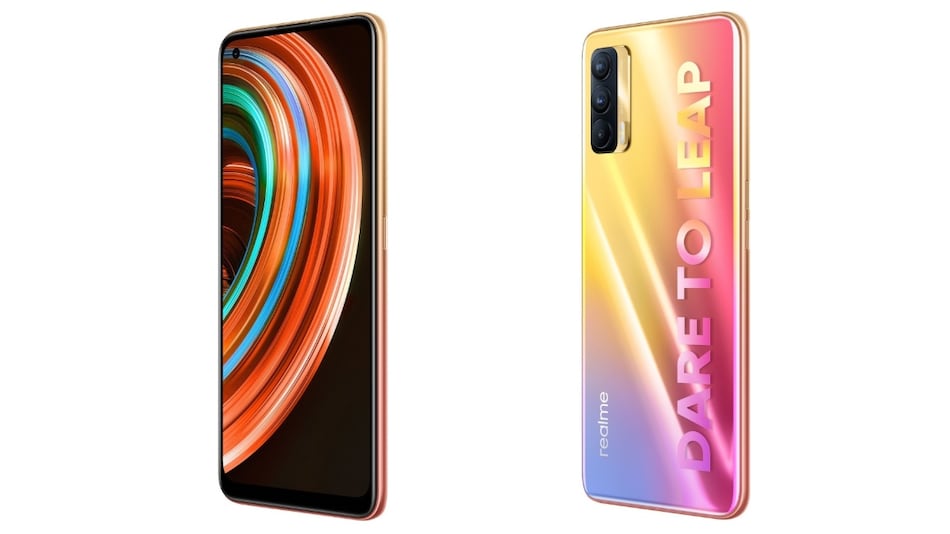 Realme X9 series will succeed the Realme X7 series (above)

Realme X9 series has reportedly been spotted on China's TENAA and 3C, as well as Russia's EEC certification websites. The model number RMX3361, believed to be of the vanilla Realme X9, has reportedly made its way to TENAA and 3C website, suggesting that the phone may launch soon. The listings hint at some of the specifications of the phone including its display size, battery capacity, and dimensions. As for the Realme X9 Pro, it is said to have been spotted on Russia's EEC certification website with model number RMX3381.

Realme is planning on launching its Realme X9 series phones as per past leaks. Model numbers of Realme phones, believed to be from the Realme X9 series, have been popping up on various certification websites. The latest, according to a report by Gizmochina, are TENAA and 3C listings for the model number RMX3361. This device is said to be the Realme X9. The listings suggest the phone will feature a 6.43-inch AMOLED display and a 4,200mAh battery. The phone is said to measure 159.2x73.5x8.0mm.

On the other hand, a Realme phone with the model number RMX3381, said to be the Realme X9 Pro has reportedly appeared on the Russia EEC certification site. But in the past, the moniker has also been linked to model number RMX3366, which could be of a different variant of the same model.

Previous leaks have suggested that the Realme phone with model number RMX3366 may be powered by a Qualcomm Snapdragon 870 SoC. It could also come with 12GB of RAM and Android 11 out of the box. Other reports have mentioned the Realme X9 Pro could come with a 6.55-inch Samsung E3 Super AMOLED display, Corning Gorilla Glass 5 protection, and a 90Hz refresh rate. It may feature a triple rear camera setup that comprises a 50-megapixel Sony IMX766 primary sensor, a 16-megapixel Sony IMX481 secondary sensor, and a 2-megapixel monochrome sensor. There could be a 32-megapixel Sony IMX616 camera at the front for selfies and video calls. The phone is said to pack a 4,500mAh battery.

At this point, the information about the Realme X9 series remains speculative as the company has not shared any information on it.