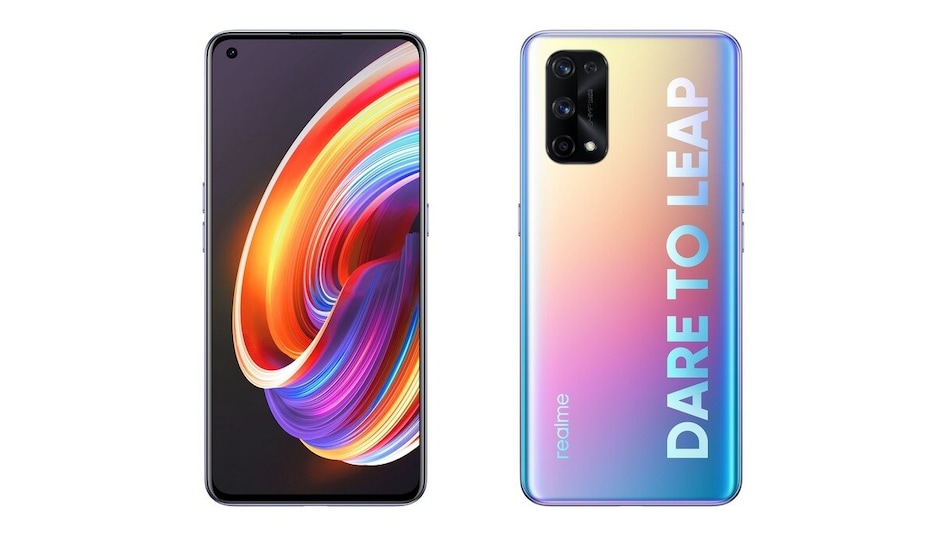 Also announced were the Flipkart Smart Upgrade and Realme Upgrade programmes for the two phones, allowing you to purchase the Realme X7 series at 70 percent of the price right now and the rest a year later. This will bring the price of the Realme X7 5G to Rs. 13,999 for the 6GB + 128GB variant and Rs. 15,399 for the 8GB + 128GB variant. The Realme X7 Pro 5G will cost Rs. 20,999. The progamme is initially only available via Flipkart, though Realme.com and offline stores will start offering it soon, the company says.

The dual-SIM (Nano) Realme X7 Pro runs Realme UI based on Android 10. It features a 6.55-inch full-HD+ AMOLED display with 120Hz refresh rate, up to 240Hz touch sampling rate, and 91.6 percent screen to body ratio. The display is protected by 5th-generation Corning Gorilla Glass and boasts of a peak brightness of 1,200 nits with 100 percent coverage of the DCI-P3 wide color gamut. The phone is powered by the octa-core Dimensity 1000+ SoC and Mali-G77 graphics processor. It comes with 8GB of LPDDR4X RAM.

For photos and videos, the Realme X7 5G India variant packs a triple rear camera setup that includes a 64-megapixel primary sensor with an f/1.8 lens, an 8-megapixle sensor with an ultra-wide-angle f/2.3 lens, and a 2-megapixel macro shooter with f/2.4 aperture. On the front, there is a 16-megapixel sensor with an f/2.5 lens.

For storage, the Realme X7 comes with 128GB onboard. Connectivity options include dual-band Wi-Fi, Bluetooth 5.1, GPS, and a USB Type-C port. Sensors onboard include a magnetic induction sensor, ambient light sensor, proximity sensor, gyro-meter, and accelerometer. There is an in-display fingerprint sensor as well. The Realme X7 India variant is backed by a 4,310mAh battery that supports 50W fast charging. Lastly, the phone measures 160.9x74.4x8.1mm for the Space Silver variant while the Nebula variant is 8.3mm thick. The two variants weigh 176 grams and 179 grams respectively.

As noted, the specifications of the Realme X7 China variant are different, and it features quad rear cameras, a slightly smaller 4,300mAh battery, and 65W fast charging.

Jeff Bezos: What’s Next for the World’s Richest Man After Stepping Down as Amazon CEO?
Nearly 900,000 New Podcasts Launched Worldwide in 2020, Triple From the Year Before: Study