The Spring Festival falls on January 25 next year, which suggests that Realme X50 might go official later this month or early next year. 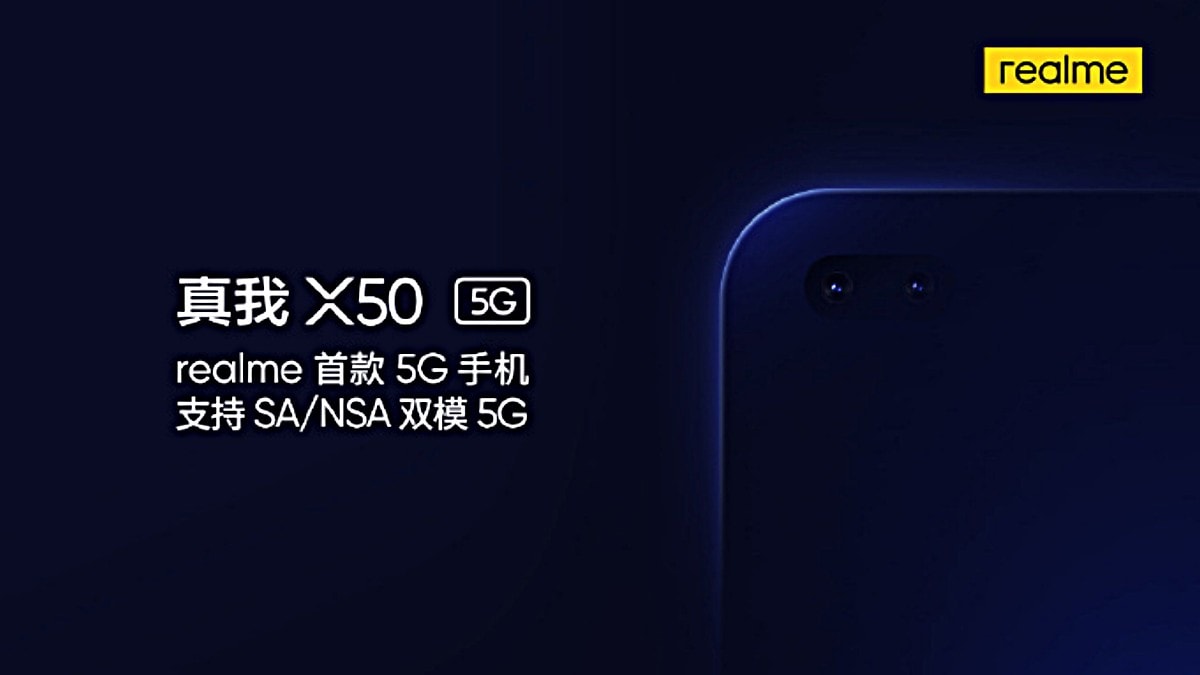 Realme X50 - Realme's first 5G phone – will soon launch with dual-mode 5G support. While the Oppo spin-off is yet to reveal the launch date of Realme X50, a Realme executive has indicated that the phone will be launched before the Chinese Spring Festival. The latter falls on January 25 next year, which suggests that the Realme X50 might go official later this month or in January. The Realme X50 has been confirmed to sport a hole-punch design with dual selfie cameras and will be powered by the Snapdragon 765G SoC.

A digital blogger on Weibo has shared the screenshot of a conversation where Realme Product Director, Wang Wei Derek, reveals that the Realme X50 5G will hit the shelves before Spring Festival in China. The Chinese Spring Festival will be celebrated on January 25 in China, which means a December or January launch for the Realme X50 can be expected.

However, Realme already has an event scheduled for December 17 in India, where the company will launch the Realme X2 phone and the Realme Buds Air, its first truly wireless earbuds. And with December witnessing a major launch event, it is being speculated that Realme will most likely unveil the Realme X50 phone in January next year. Realme has already confirmed that the Realme X50 will be powered by the Snapdragon 765G SoC that comes with an embedded 5G modem.

The Realme X50 is tipped to feature a 6.44-inch AMOLED display with 90Hz refresh rate. The phone is said to feature 8GB of RAM ticking alongside the Snapdragon 765G SoC and will reportedly pack 256GB of internal storage. It is rumoured to pack a quad rear camera setup that will include a 64-megapixel main camera with the Sony IMX686 sensor, accompanied by an 8-megapixel wide-angle shooter, a 2-megapixel depth sensor, and a 2-megapixel macro snapper. On the front, the pill-shaped hole-punch will feature a 32-megapixel main camera assisted by an 8-megapixel wide-angle shooter. Other rumoured specifications include a 4,500mAh battery with VOOC 4.0 fast charge support as well as wireless charging compatibility.

Huawei May Need Two to Three Years to Recover From US Trade Ban, CEO Says
Huawei Said to Narrow Gap With Samsung in Smartphone Shipments: Report