Realme X50 5G teaser shows that the volume rockers are placed on the left edge of the display. 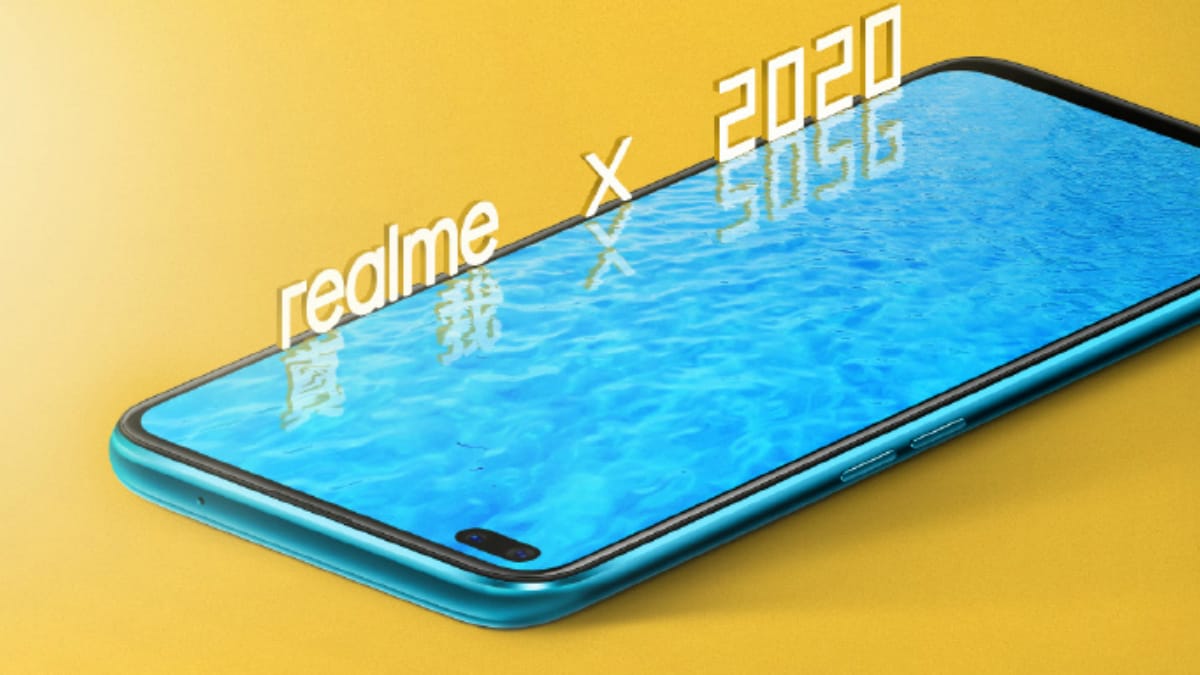 Realme X50 5G launch is just a few days away and as we move closer to the launch date, the Chinese smartphone maker has increased the frequency of teasers for the phone. It has now released a new teaser poster, and it gives us a glimpse of the front of the phone. The phone was earlier teased to sport dual selfie cameras, and now this render shows us where the cutout will be placed. Additionally, we can spot the slightly thicker bottom chin as well the bare-minimum side bezels on the phone.

Realme has published the new teaser on Weibo, and it shows the front of the Realme X50 5G clearly for the first time. The phone, as expected, feature a notch-less dual hole-punch display with two selfie camera cutouts placed in the upper-left corner of the screen. The two cameras are placed next to each other forming a pill-shaped module. The volume rockers are visible on the left edge of the display, but there's no sight of the power button, indicating that it will be placed on the right edge of the screen. The bezels surrounding the display are minimal, and there's a slight chin at the bottom. The phone is seen sporting a blue finish on the edges, suggesting that a Blue gradient option will also be launched, alongside the previously teased Polar colour option.

The Realme X50 5G phone is set for release in China on January 7, and there's no word of its launch in other markets as of now. The phone is teased in several renders in the past, and it will carry a quad rear camera setup and an in-display fingerprint sensor. The phone is confirmed to be powered by the Snapdragon 765G SoC, and support an enhanced version of VOOC 4.0 fast charging. Rumoured specifications include 6.67-inch full-HD+ display, 4,500mAh battery, dual selfie cameras, and a 64-megapixel quad rear camera setup. The phone is expected to come in three RAM + storage options, the top-end model being the 8GB RAM + 256GB model, and it is tipped to be priced at CNY 2,799 (roughly Rs. 28,000).