Realme X50 is teased to have an 8mm ultra-large diameter liquid-cooled cooper tube. 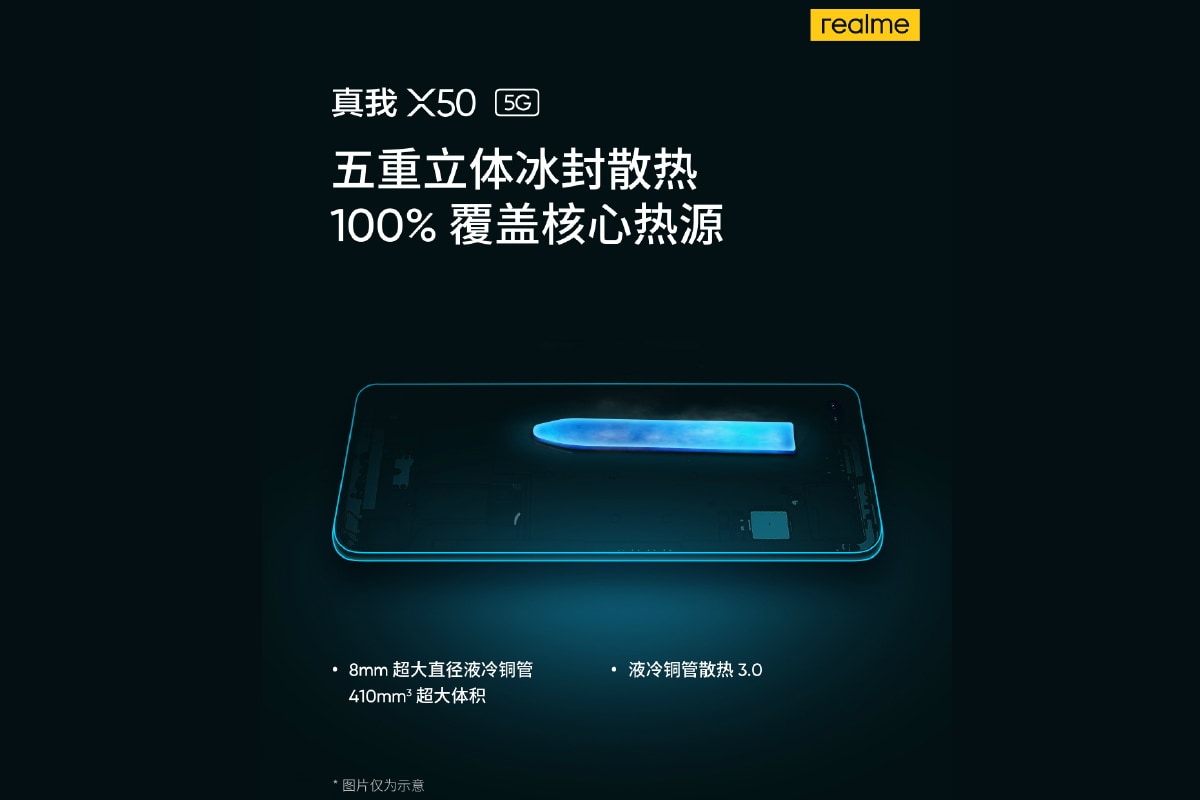 Realme X50 is teased to have an all-new cooling system

Realme X50, the next-generation smartphone by the Chinese company that will support 5G networks, is teased to come with an all-new cooling system. Realme through a post on Weibo revealed that unlike offering a traditional heat-sinking tube, the new smartphone will come with a five-dimensional, ice-cooled heat dissipation system. This is touted to offer 100 percent coverage of core heating sources. The new teaser comes just a day after the company revealed that the Realme X50 will provide simultaneous dual-channel Wi-Fi and 5G connectivity. The Realme X50 is also rumoured to have a 64-megapixel primary sensor.

As per the post published on the official Realme Weibo account, the Realme X50 will include an 8mm ultra-large diameter liquid-cooled cooper tube that will have a volume of 410 cubic metres. The tube will be a part of the five-dimensional ice-cooled heat dissipation system that is claimed to provide a complete coverage on the smartphone.

Earlier this month, Realme confirmed that the Realme X50 would be powered by the Qualcomm Snapdragon 765G SoC. The new processing unit comes along with an integrated 5G modem. This brings the requirement of an advanced cooling system.

Realme recently also confirmed that the Realme X50 will offer support for simultaneous dual-channel Wi-Fi and 5G connectivity and support all major network bands such as n1, n41, n78, and n79.

Realme is expected to unveil the X50 early next year. However, details about its global launch and price details are yet to be revealed.