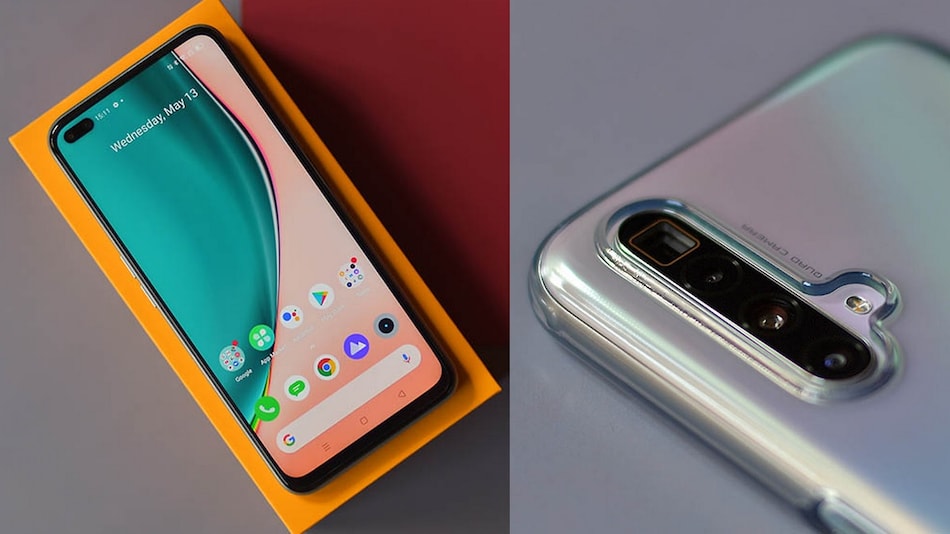 Realme X3 SuperZoom images and specifications have been leaked online by a known tipster. The Realme X3 SuperZoom is expected to be among the eight new products Realme has lined up for its May 25 event in China. The images and specifications were apparently leaked via a Thai tech publication but that report is not available anymore. However, a Twitter post by the tipster claims to have captured the leaked details.

As per the tweet, the Realme X3 SuperZoom will feature a 6.6-inch full-HD+ LCD display with a 120Hz refresh rate. It will be powered by the previous generation Snapdragon 855+ SoC with 12GB of LPDDR4X RAM and 256GB of UFS 3.0 storage.

From the images, we can see that the alleged Realme X3 SuperZoom has a hole-punch design housing two sensors, on the top left corner of the screen. There is also a side mounted fingerprint scanner as seen in the images. The tipster also adds that there is no 3.5mm headphone jack or microSD card slot. The phone is said to come in two colour options Arctic White and Glacier Blue.

Some of the aforementioned specifications were previously tipped as well and this new leak adds more weight to the speculations. The 60x zoom was teased by Realme India CEO Madhav Sheth through a tweet. The processor and the battery capacity were previously leaked by another tipster earlier this month. Additionally, an alleged Bluetooth SIG website listing hinted at the presence of Bluetooth v5.1 in the rumoured Realme X3 SuperZoom carrying model number RMX2086

Mi Smart Band 4 Now Available via Flipkart in India: All Details
The Best Movies on Disney+ Hotstar [May 2020]