Realme X2 Star Wars Edition is likely to feature the same specifications as Realme X2 that is the China variant of Realme XT 730G. 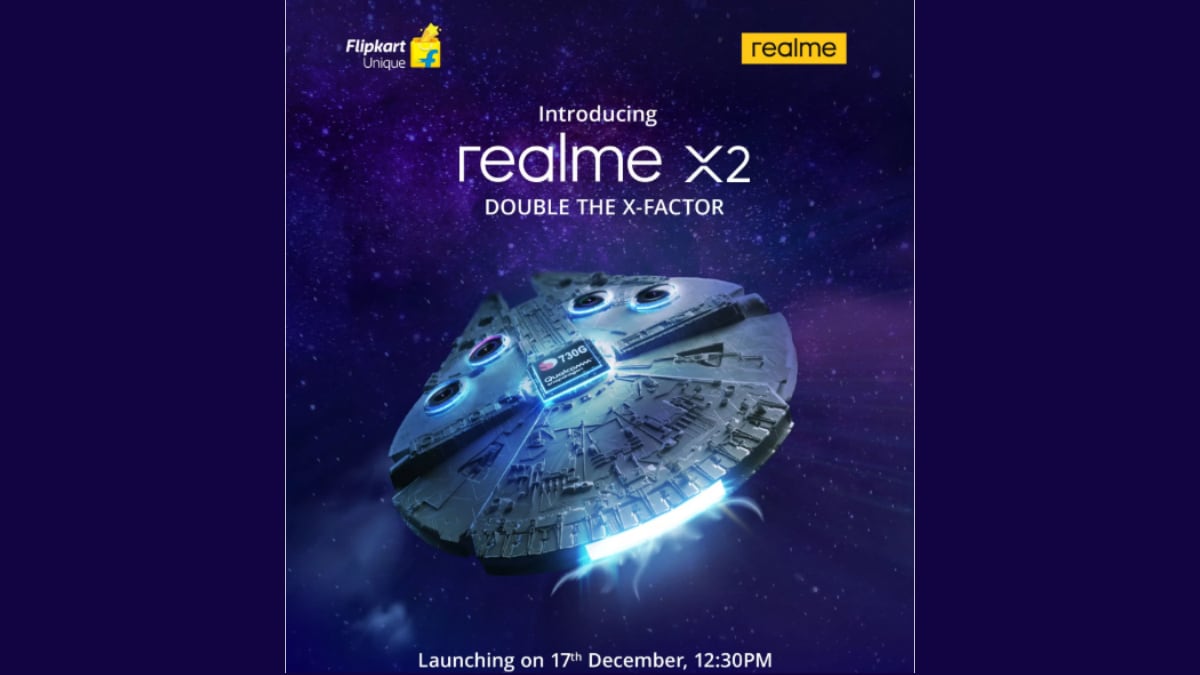 Now, Flipkart is teasing the arrival of a new Realme X2 variant. The dedicated page suggests a Star Wars theme, and confirms that this variant will also be powered by the Snapdragon 730G SoC - just like the vanilla variant launched in China in September. Flipkart claims that features of the phone will be revealed tomorrow. The Realme X2 Star Wars Edition is confirmed to launch on December 17 at 12.30pm IST. This means that the new variant will launch alongside the Realme Buds Air and the Realme XT 730G, teased just a day ago.

The Realme X2 Star Wars Edition should see tweaks in design, and possibly amped up RAM and storage configurations. However, its specifications should be similar to the vanilla Realme X2 China variant. However, we can't be completely sure, as the company is known to tweak specifications and features in rebranded versions as well. We can expect the company to tease more details in the run up to the launch.

If the Realme X2 Star Wars Edition does have the same specifications as the Realme X2 China variant, then it will sport dual-SIM (Nano) slots, and run on Android 9 Pie with ColorOS 6 on top. The phone will feature a 6.4-inch full-HD+ (1080x2340 pixels) Super AMOLED display with a waterdrop-style notch. The smartphone will come with an in-display fingerprint sensor, and it is powered by the Qualcomm Snapdragon 730G SoC, coupled with 6GB and 8GB LPDDR4X RAM options.