Realme X2 users are getting software version RMX1992AEX_11.C.05 through Realme UI update based on Android 10. 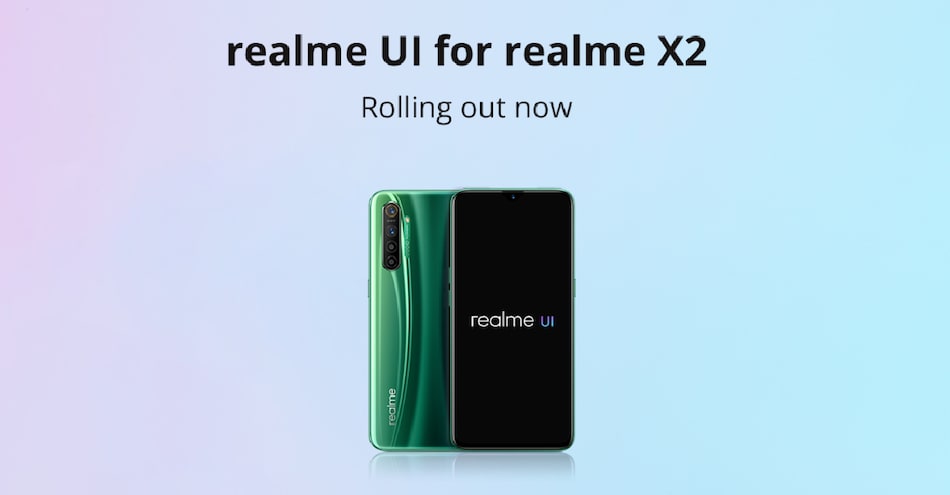 Realme X2 has started receiving Realme UI based on Android 10. The new update is rolling out in batches and is available for users who have the version A.19 on their Realme X2 unit. The update includes an optimised Smart Sidebar, and it also brings features such as 3-Finger Screenshot Gesture support. Realme has also provided Navigation Gestures 3.0 with support for gestures in landscape mode. The Realme X2 users will additionally get various performance enhancements through the latest Realme UI update.

As announced through a forum post on the Realme Community site, the Realme UI update for the Realme X2 brings the software version RMX1992AEX_11.C.05. The update brings an updated interface that is based on the company's Real Design aesthetics. Further, it comes with the Smart Sidebar and includes features such as Assistive Ball Opacity and Hide Assistive Ball on Fullscreen App.

The Realme UI update for the Realme X2 also adds 3-Finger Screenshot Gesture support that lets users capture a screenshot of the selected part of the screen using three fingers on the screen. Additionally, the update brings new gestures through the Navigation Gestures 3.0 package. There are other additions as well, such as a Focus Mode, new charging animation, pause option for screen recording, and TalkBack floating prompts. Furthermore, the update brings new live wallpapers, a dynamic Weather ringtone, and a Simple Mode as well as includes core Android 10 features.

“In order to ensure the stability of this update, it will have a staged rollout. The update will be randomly pushed out to a limited number of users today and will have a broader rollout in a few days after making sure there are no critical bugs,” the company wrote in its forum post.

You can check the availability of the Realme UI update on your Realme X2 by going to the Settings menu.

The latest update comes just days after Realme brought the March security update to phones such as the Realme 5 Pro, Realme 6 Pro, and Realme XT. A Realme UI Open Beta programme for the Realme X2 Pro was also kicked off recently to test the latest experience ahead of its public release.

Realme started taking beta testing applications for piloting the Realme UI update on the Realme X2 in January. Moreover, the rollout is on time as the company promised its arrival for March through an announcement made in December.