An in-display fingerprint sensor has been officially teased for the Realme X. 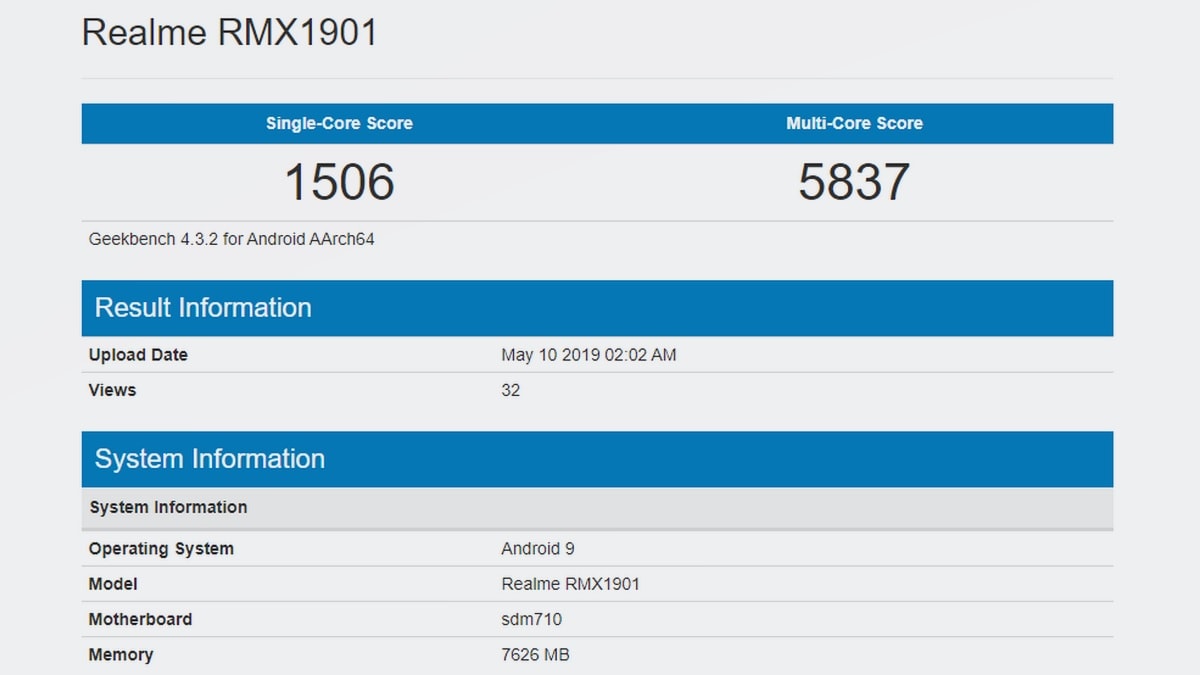 Realme X is all set to go official in China on May 15, alongside the Realme X Youth Edition. Ahead of its grand launch, a Realme smartphone with the model number RMX1901 has been spotted on Geekbench with Snapdragon 710. As per previous leaks and a listing on the TENAA database, RMX1901 is the model number of Realme X. The upcoming Realme phone was spotted on the benchmarking platform running Android Pie and packing 8GB of RAM to go with the octa-core Snapdragon 710 processor ticking under the hood.

The Realme X's Geekbench listing clearly states that the motherboard of the phone will feature the Snapdragon 710 SoC. Now, this is where things get interesting, as previous leaks had pointed out that the Realme X will be powered by the Snapdragon 730 SoC. Moreover, the mention of 8GB RAM on Geekbench suggests that the company might also launch a variant of the Realme X packing 8GB of RAM, in addition to a 4GB variant that was recently spotted on TENAA.