The Realme X pop-up selfie camera mechanism’s life-cycle is touted to be 200,000 lifts. 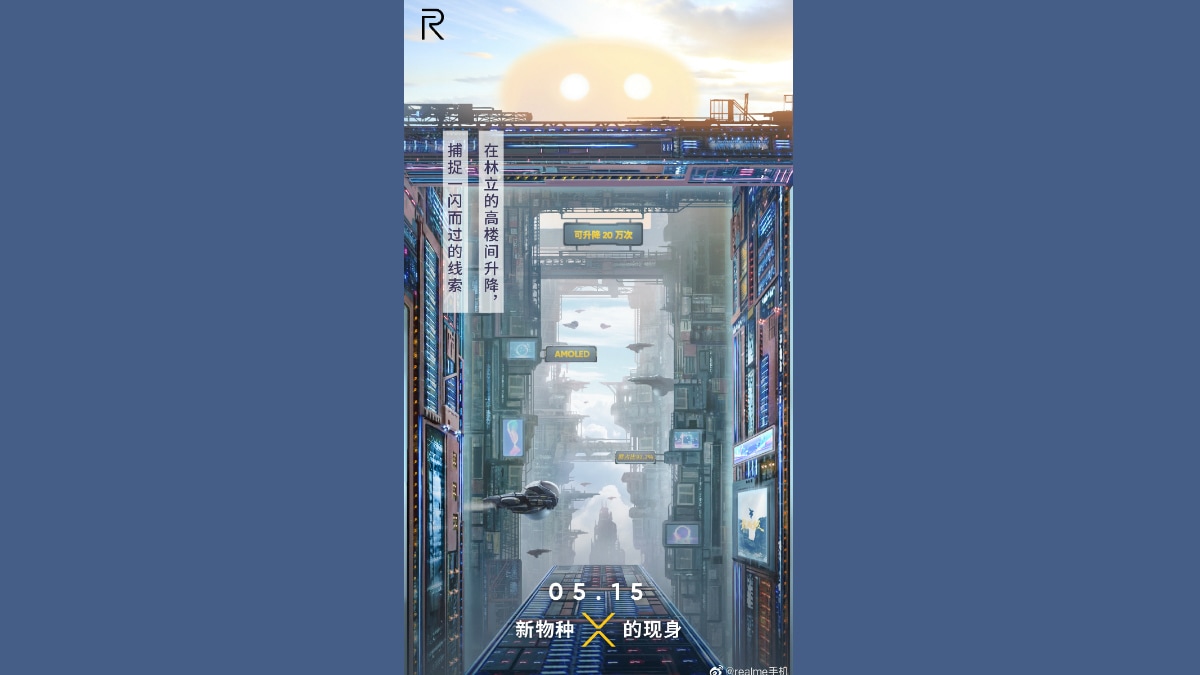 Realme X launch date is May 15

The Realme X and Realme X Youth Edition (aka Realme X Lite) are slated to launch in China on May 15, and the Realme X Youth Edition is largely rumoured to be the rebranded version of Realme 3 Pro. New information suggests that the Realme X will sport a pop-up selfie camera and a 91.2 percent screen-to-body ratio. The company has taken to Weibo to confirm key details of the phone ahead of the launch, and it says that the pop-up selfie sensor mechanism can be lifted 200,000 times in its lifetime without getting damaged. Realme X will be competing with Xiaomi's upcoming Redmi flagship.

Realme took to Weibo to announce that the Realme X will come with a 91.2 percent screen-to-body ratio and come with a pop-up selfie sensor. It also confirms that the phone will sport an AMOLED display. While the technical specifications of the front camera weren't revealed, the company says that the mechanism has a life-cycle of 200,000 lifts.

As per a recent leak, the Realme X will be powered by the Snapdragon 730 SoC and will also feature an in-display fingerprint sensor. Support for VOOC 3.0 fast charging has also been rumoured, while the display will reportedly come with Corning Gorilla Glass 5 protection. In the imaging department, the Realme X will reportedly feature a 48-megapixel rear camera accompanied by a 5-megapixel depth camera.