Realme is yet to disclose Realme V5's launch date as well as other key features. 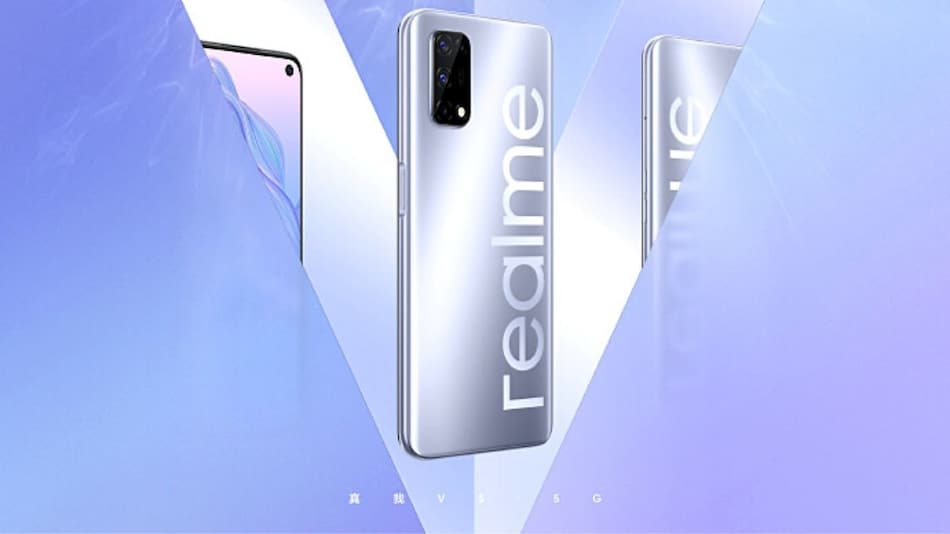 Realme V5 will be the next smartphone offering from the Chinese tech company Realme. Chief Marketing Officer at Realme, Xu Qi Chase also shared the official poster of the new Realme V series phone that highlights its quad rear cameras. The poster further reveals that the phone will support 5G connectivity. The company is yet to disclose other key features of the Realme V5 along with its launch date. More details are expected from Reamle in the coming days.

The development was shared today on Chinese microblogging site Weibo. The poster showcases the Realme V5 in gradient silver colour, as well as, its hole-punch cutout on the top right corner of the front panel. As mentioned, other specifications of the upcoming Realme smartphone remain unclear, and Realme is yet to announce whether the Realme V5 will arrive in India as well.

Meanwhile, a mysterious Realme phone with the model number RMX2121 had appeared on China's regulatory body TENAA earlier this month. The phone is rumoured to be Realme X3 Pro, but it could be the new Realme V5 as well. The listing had hinted at the presence of a 2,200mAh battery on the phone. However, it is likely a dual-cell battery, similar to what is found on the Realme X2 Pro. The Realme RMX2121 phone is also speculated to carry an in-display fingerprint sensor. Recently, the Chinese tech company started teasing a new phone with quad rear cameras with AI tweaks.

A tipster also claimed that Realme is developing a new smartphone that would address problems associated with 5G connectivity, such as battery performance. Realme may likely address this battery issue with the upcoming Realme V5. Last week, the company also introduced its 125W UltraDART Flash Charging technology that promises to charge 33 percent of a 4,000mAh battery in just three minutes.