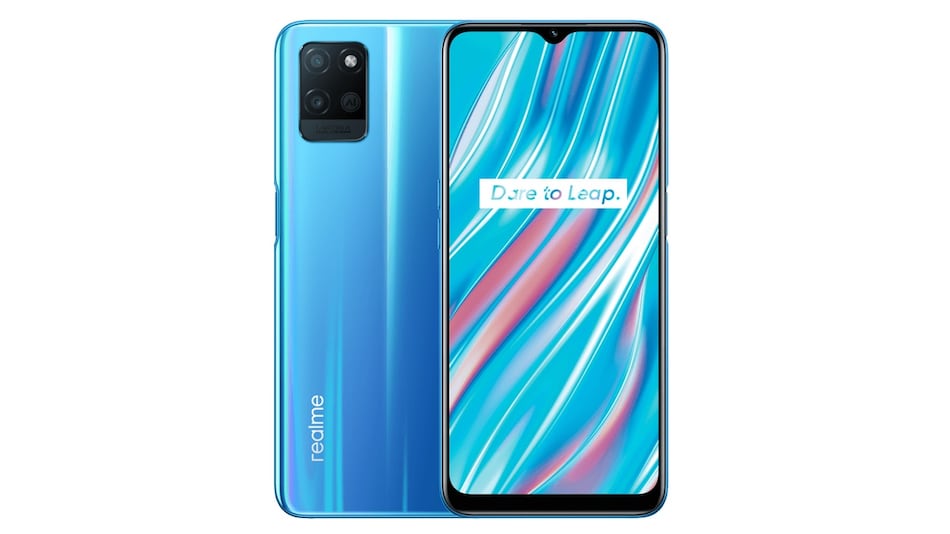 Realme V11 5G was introduced as a low-cost 5G smartphone

Realme V11s smartphone is said to be the next offering from the Chinese handset maker. A new leak shares that Realme's new V-series smartphone will share similar specs to the budget 5G handset — the Realme V11, launched in China earlier this year. However, the latest upcoming Realme handset is said to have a new design. Realme V11 is offered in a single RAM and storage configuration and two colour options. It packs a 5,000mAh battery and a dual rear camera setup. Realme V11 5G supports fast charging as well.

Realme V11 5G was launched in China in February this year priced at CNY 1,199 (roughly Rs. 13,500) for its sole 4GB RAM + 128GB storage variant. It is offered in Vibrant Blue and Quiet Grey colour options.

The Realme V11s is speculated to share many of its specifications with the Realme V11 5G that was introduced as a low-cost 5G smartphone. It features a 6.5-inch display with an 88.7 percent screen-to-body ratio. The handset is powered by a MediaTek Dimensity 700 SoC and a Mali G57 GPU. It comes with 4GB of RAM and 128GB of storage that is expandable via microSD card (up to 1TB). It has a dual rear camera setup that includes a 13-megapixel primary sensor with an f/2.2 lens and a 2-megapixel sensor with an f/2.4 lens. It also has a selfie shooter placed in a display notch.

The handset offers connectivity options including Wi-Fi, 5G, Bluetooth, GPS, and more. Sensors onboard include a proximity sensor, an ambient light sensor, an accelerometer, as well as a side-mounted fingerprint scanner. Realme V11 is equipped with a 5,000mAh battery that supports 18W fast charging.