Realme RMX3333 is listed to pack a 4,220mAh battery with fast charging support. 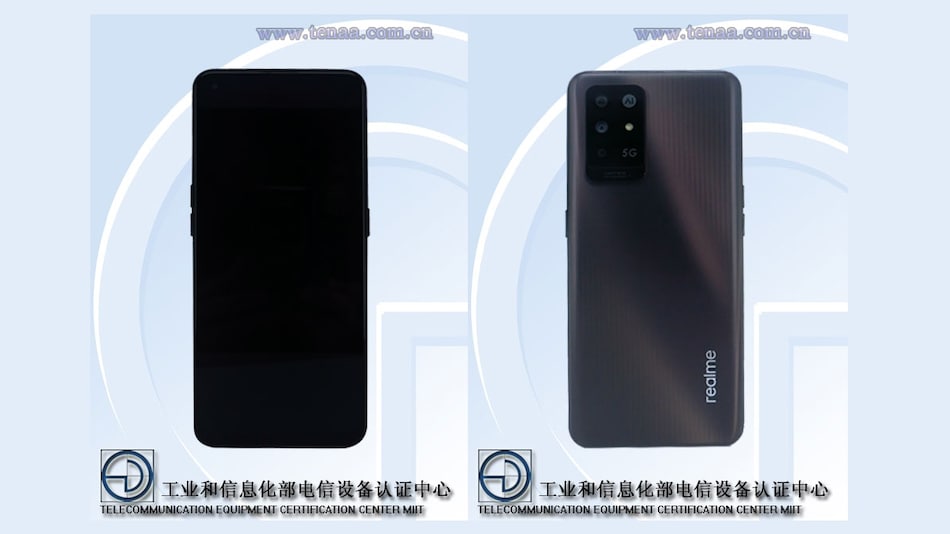 Realme smartphone with model number RMX3333 has been spotted on TENAA in China. The listing shows full specifications as well as images of the handset. The smartphone has a triple rear camera setup, as per the listing, and the image shows that there is a hole-punch display with a cutout on the top left corner for the selfie camera. The smartphone is backed by a 4,220mAh battery that supports fast charging. Currently, there is no information on the name of the smartphone.

The listing shows that Realme RMX333 will be offered in 64GB, 128GB, and 256GB storage variants, and it will have a microSD card slot. The 5G-enabled smartphone has an under-display fingerprint sensor. It is backed by a 4,220mAh battery with fast charging support. The handset measures 160.3x73.5x8.0mm and weighs 175 grams.

Realme 8 5G was recently launched in Thailand with an octa-core MediaTek Dimensity 700 processor and a full-HD display with a 90Hz refresh rate. The 5G smartphone packs a triple rear camera setup, headlined by a 48-megapixel primary “Nightscape” sensor. The handset will be launched in India at 12:30pm IST today, April 22, and will be available for sale via Flipkart.