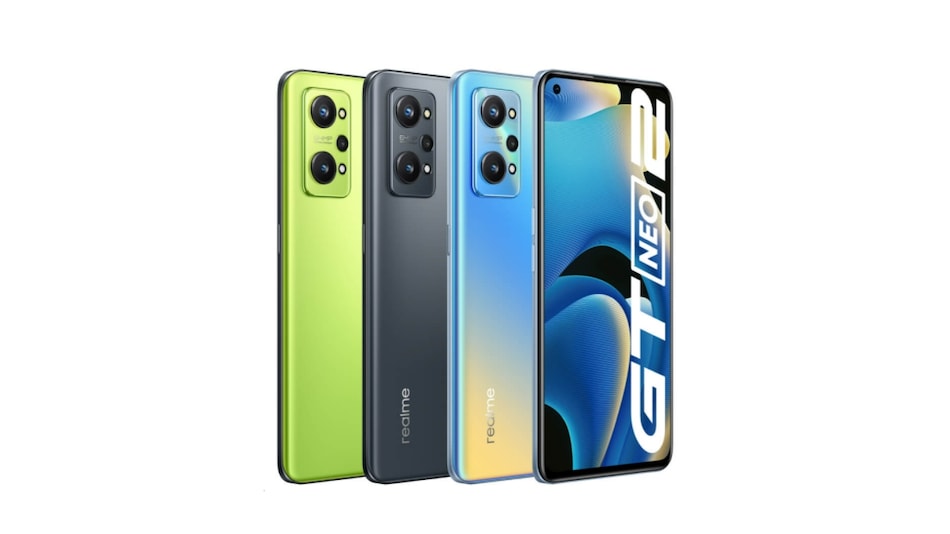 RMX3310 is said to feature a triple-camera setup, similar to Realme GT Neo 2

Realme is set to launch its premium flagship smartphone Realme GT 2 Pro. The Snapdragon 8 Gen 1-powered smartphone is expected to be launched in China and globally by the end of December. Meanwhile, a recent listing that appeared on China's TENAA certification website indicates that a new smartphone from Realme could be on the way. This unannounced Realme device bears the model number RMX3310. The images and specifications featured in the listing give a strong indication that this could be the next Realme GT series smartphone.

The TENAA listing, spotted by Gizmochina, mentions a 5G smartphone from Realme, with model number RMX3310. According to the images on the listing, the appearance of this smartphone resembles that of Realme GT Neo 2. It is expected to be launched with multiple colour options— Black, Blue, Green, and White. The RMX3310 is said to feature a 6.62-inch AMOLED display that offers a full-HD+ (2,400x1,080 pixels) resolution. It is also expected to be fitted with an under-display fingerprint sensor. The listed device measures 162.9x75.8x8.6 mm and weighs 199.8g.

The images depict a rear camera island, similar to the one featured on Realme GT Neo 2. It houses a triple camera setup with two flashes. The rear camera module is listed to feature a 50-megapixel primary sensor, paired with 8-megapixel and 2-megapixel sensors. Also, it is seen to sport a 16-megapixel selfie camera at the front.

Realme India CEO Madhav Sheth joins Orbital, the Gadgets 360 podcast for an exclusive wide-ranging interview, as he talks about the 5G push, Make in India, Realme GT series and Book Slim, and how stores can improve their standing. Orbital is available on Spotify, Gaana, [JioSaavn](https://pricee.com/api/redirect/t.php?from=gadgets360&redirect=https%3A%2F%2Fwww.jiosaavn.com%2Fshows%2Forbital%2F1%2Fr9VmNAJ211U), Google Podcasts, Apple Podcasts, Amazon Music and wherever you get your podcasts._
Affiliate links may be automatically generated - see our ethics statement for details.