The Realme phones seen on TENAA are apparently quite similar to Realme X50m 5G. 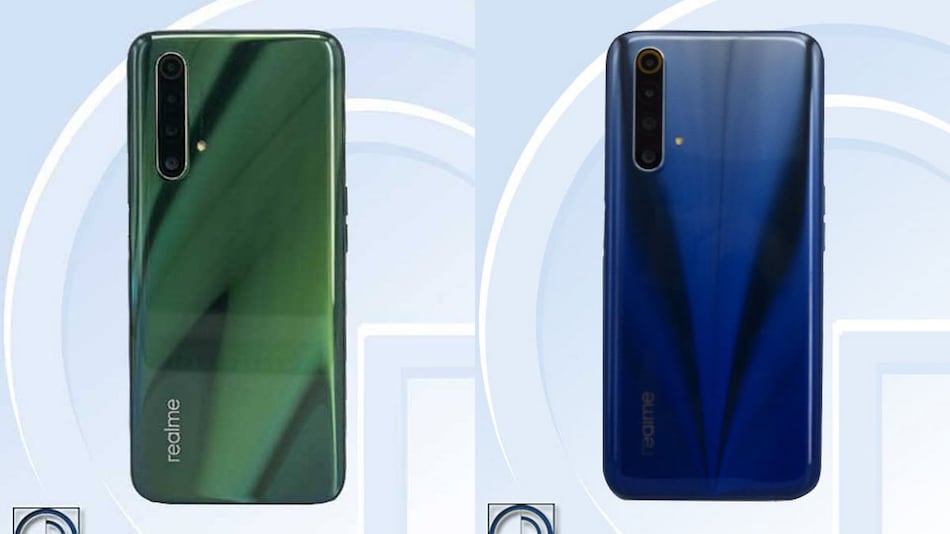 Two mysterious Realme smartphones RMX2141 and RMX2052 have been listed on TENAA, expanding the list of its expected devices. Both these phones have the same dimensions, display size, and battery capacity. Not much information is available about the two phones but the images show that both the phone have a dual front camera inside a pill-shaped hole-punch display. Previously, RMX2142 had appeared on TENAA as well. It is being rumoured that and RMX2141 and RMX2142 are the two variants of the upcoming Realme X3 and the RMX2052 is actually the Realme X50 Youth Edition.

The two listed phones, RMX2141 and RMX2052 do have a lot of similarities like design, dimensions, battery capacity, etc. but the RMX2141 is heavier by 10 grams. Nothing concrete can be said about the official names of the phones but according to GSMArena, both the phones could be based on the Realme X50m 5G that was launched in China last month. RMX2141 and an earlier tipped RMX2142 could be the two variants of Realme X3 that could be meant for different markets and RMX2052 may be known as Realme X50 Youth Edition.

To recall, the Realme X3 was teased last week by Realme India CEO Madhav Sheth, and was said to offer up to 60x SuperZoom and Starry Mode features. Previous certification listings for the smartphone had tipped the RMX2086 model number, however, it is still possible be that the RMX2141 and RMX2142 model numbers are for different markets.

6,000mAh Realme battery gets TUV certification
Additionally, a TUV Rheinland certification for a BLP793 battery pack with 6,000mAh capacity has surfaced online. Tipster Mukul Sharma and @_the_tech_guy shared the certification update on Twitter. Again, it's not clear which phone will be coming with such a huge battery capacity. Both Narzo 10 and Narzo 10A that launched in India on Monday have a battery capacity of 5,000mAh. Therefore, these two phones aren't what's been certified. The Realme X3 could possibly have it but if RMX2141 and RMX2142 are indeed Realme X3 variants, then as per the TENAA listing, they only pack a 4,100mAh battery. This means we need to wait for further information before a name becomes official.