Realme's anticipated 64-megapixel smartphone camera tech will be shown off next week. 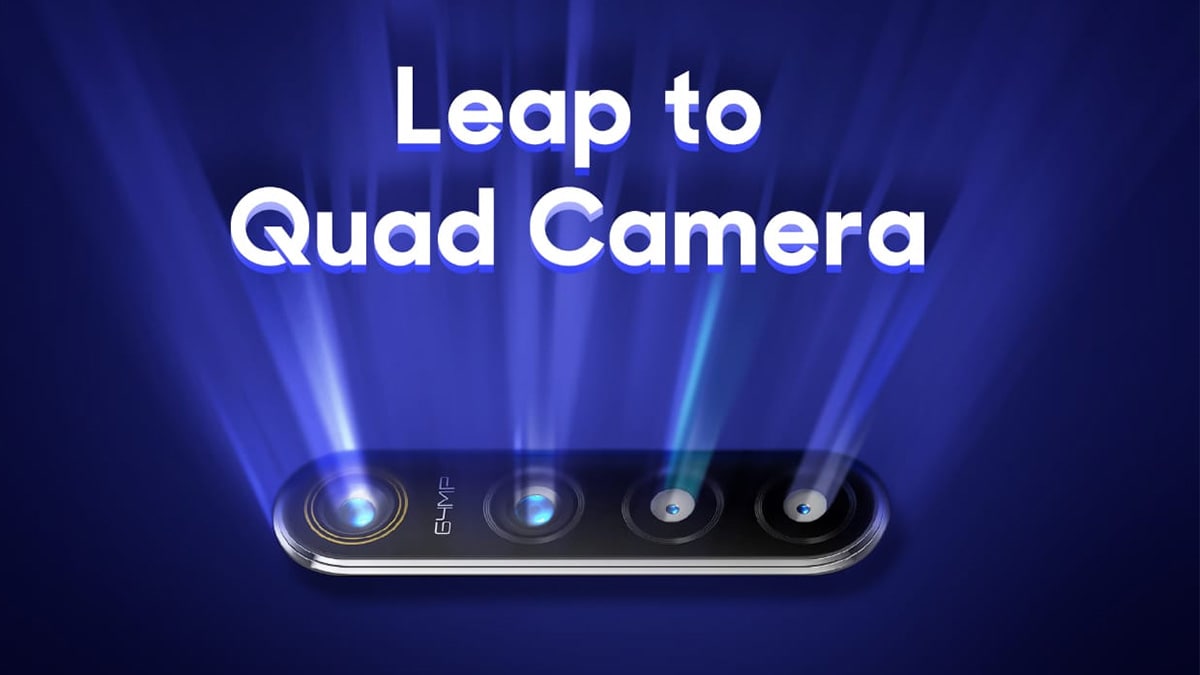 We don't have many details about the Realme 64-megapixel smartphone yet but seeing the teaser image that Realme is sending out, it clearly shows four camera lenses and the “64MP” writing. The name of this device is still a mystery so we're not sure it will part of the X series or will be introduced a brand new ‘camera-focused' series.

Just last month, the company posted a teaser image of the phone on Weibo, which only showed the camera section. Realme's India invite also simply shows this section, so the design of the rest of the body of the 64-megapixel smartphone is still a complete mystery. Realme India's CEO, Madhav Sheth also confirmed that India will be the first country to get this new phone. It's also the first one to launch with Samsung's new 64-megapixel ISOCELL GW1.

This new sensor has some pretty interesting features and last month, we were treated a glimpse into what it can do. Realme India CEO posted a comparison shot from a prototype phone with the 64-megapixel sensor and compared it to a Xiaomi flagship.

We still have no idea what the other camera sensors on the Realme phone would be but our guess, is that besides the primary 64-megapixel wide-angle lens, we could also see a telephoto lens; an ultra-wide angle lens; and probably a ToF camera. The same goes for the rest of the specifications, which are still a mystery. With just a week to go, thankfully, we don't have a long wait to get most of the answers.

Airtel Posts Its First Quarterly Loss in Over a Decade