The Qualcomm Snapdragon 778G SoC was announced last week and it comes with a Kryo 670 CPU. 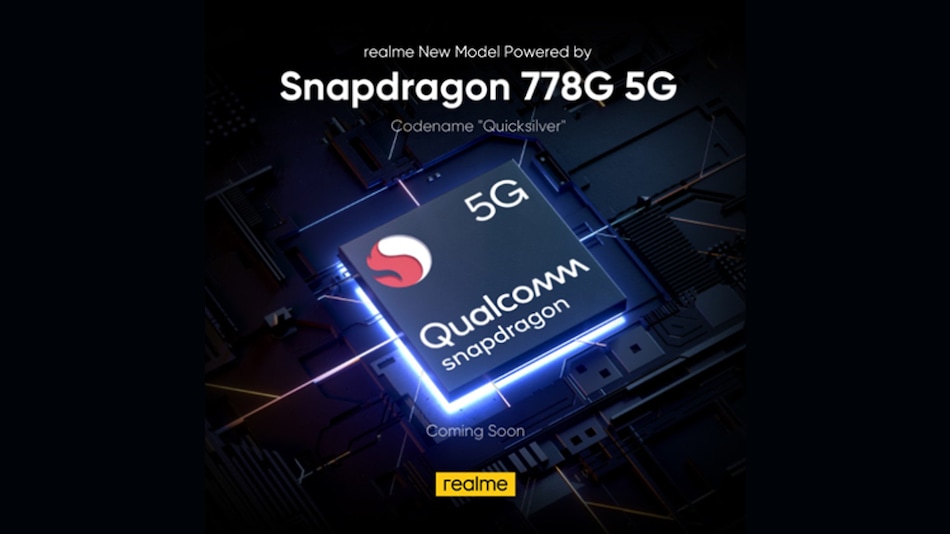 Realme teased the arrival of a new phone codenamed ‘Quicksilver’

Realme is reportedly working on bringing two new phones to the market. It recently teased the arrival of a new phone equipped with a Qualcomm Snapdragon 778G SoC. A fresh leak now suggests that the company is also working on another phone that will be powered by a Qualcomm Snapdragon 870 SoC. And the two phones are now anticipated to launch on June 18. The leak claims that the phones were to be launched at the Realme event scheduled for Tuesday, May 25, but their debut has now been moved to June.

Qualcomm Snapdragon 778G SoC was announced last week. It comes with a Kryo 670 CPU that is designed to offer up to 40 percent better performance over the Kryo 475 CPU available on the Snapdragon 768G. The chip also includes an Adreno 642L GPU, a low-power Hexagon 770 processor and 2nd-generation Qualcomm Sensing Hub for improved AI features. There is a Qualcomm Spectra 570L triple image signal processor (ISP) that is capable of concurrently capturing triple images of up to 22-megapixel resolution. The triple ISP also supports wide, ultra-wide, and zoom cameras as well as offers 4K HDR10+ video capturing.

Realme hasn't offered a June 18 launch event yet, but it is hosting an event in China on Tuesday, May 25. The company has teased that it will launch the Realme GT Neo Flash Edition at the event, which is expected to be an upgraded model of the Realme GT Neo. The new phone will be equipped with 65W fast charging.