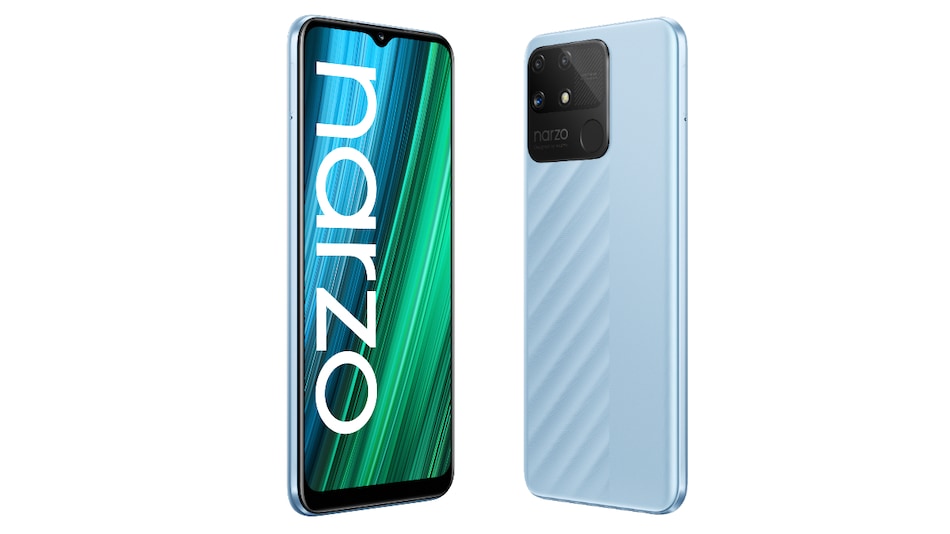 Both the phones – Realme Narzo 50A and Realme Narzo 50i – will be available from October 7 at 12am (midnight) via Realme.com, Flipkart, and other mainline retail channels.

On the specifications front, the Realme Narzo 50A runs on Realme UI 2.0 based on Android 11. and features a 6.5-inch HD+ (720x1,600 pixels ) waterdrop-style notch display with 20:9 aspect ratio and 88.7 percent screen-to-body ratio. The phone is powered by a MediaTek Helio G85 SoC paired with an ARM Mali-G52 GPU and 4GB RAM. Inbuilt storage of up to 128GB is offered with the option to expand further using a dedicated microSD card slot (up to 256GB).

As for the Realme Narzo 50i, the phone features a 6.5-inch display with 89.5 percent screen-to-body ratio and is powered by a Unisoc 9863 SoC. It packs up to 4GB RAM and offers up to 64GB of inbuilt storage. The storage is expandable using a microSD card slot (up to 256GB). Optics include an 8-megapixel AI rear camera with f/2.0 aperture and a 5-megapixel AI selfie camera with f/2.2 aperture. The Realme Narzo 50i packs a 5,000mAh battery that claims to offer 43 days of standby time. It also has a Super Power Saving Mode to optimise the usage of battery when needed. It weighs 195 grams and runs on Android 11-based Realme UI Go Edition. Conenctivity options include 3.5mm audio jack, Micro USB port, Wi-Fi 802.11 b/g/n, Bluetooth v4.2, and more.