Realme's launch event will be held at 12:30pm IST on the company's social media accounts. 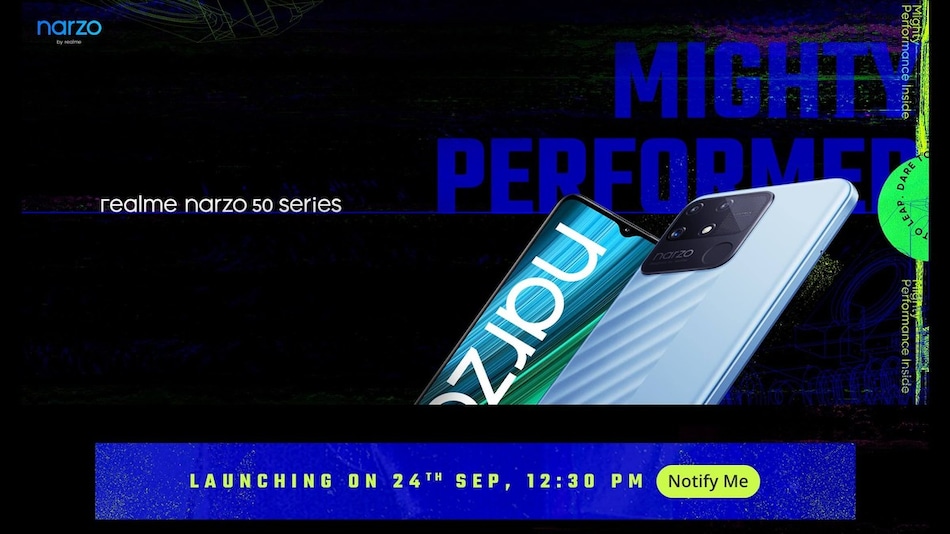 Realme Narzo 50 series will be getting two smartphones - Narzo 50A and Narzo 50i.

The Realme Narzo 50 series along with the Realme Band 2 and Realme Smart TV Neo 32-inch will debut today at 12:30pm IST on Realme's social media platforms — Facebook and YouTube, and we've embedded the livestream below for you to watch.

The Realme Band 2's microsite mentions that it will feature a 1.4-inch (167x320 pixels) colour touchscreen with 500 nits of maximum brightness. It comes with a GH3011 sensor that helps in real-time heart rate monitoring. Being a fitness band it will also feature a blood oxygen (SpO2) sensor and come with 90 sports modes that include running, hiking, and more. The Realme Band 2 first broke cover in Malaysia earlier this month.

The Smart TV from Realme will get a 32-inch bezel-less LED display that TUV Rheinland low blue light certified, as mentioned on the microsite. It will feature 20W dual speakers with Dolby Audio. The Realme Smart TV Neo will also come with inbuilt platforms like YouTube.