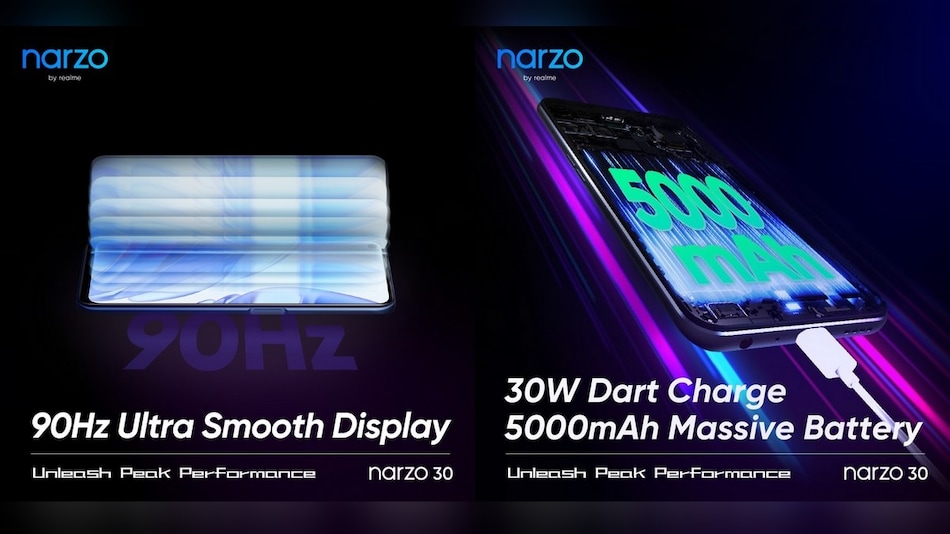 Realme Narzo 30 will come with a headphone jack

The post that shows the battery capacity of Realme Narzo 30 also shows the presence of a 3.5mm headphone jack on the bottom.

Realme recently announced that Realme Narzo 30 will launch on May 18 at 12pm (noon) MYT (9:30am IST). At the same time, an unofficial unboxing video of the phone also went live on YouTube hinting at 6GB RAM and 128GB of onboard storage, along with a triple rear camera setup with a 48-megapixel primary sensor. It also showed the phone will feature a 6.5-inch full-HD+ display with 580 nits of brightness and have a 16-megapixel selfie camera sensor at the front. It may also have 9.5mm of thickness and weigh 185 grams.

Back in March, Realme India and Europe CEO Madhav Sheth had revealed there will be a 4G and a 5G version of the Realme Narzo 30, both of which will launch together “very soon.”

Mark Zuckerberg Reveals He Owns Bitcoin — But It's Not What You Think
iPhone 13, iPhone 13 Pro to Be Thicker; Have More Protruding Camera Bumps Over iPhone 12 Series: Report