Realme Narzo 30 series has been listed on Flipkart with a “coming soon” tag. 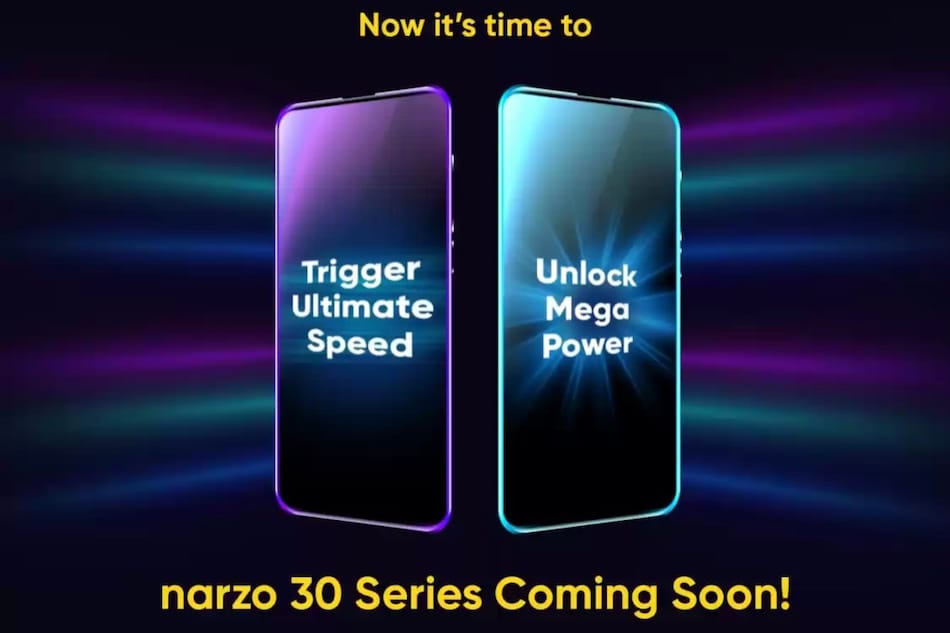 Realme Narzo 30 series arrival has been teased by Flipkart

Accessible currently through the Flipkart mobile app and website, the microsite shows two phones and clearly says, “Narzo 30 Series Coming Soon!” Although the online marketplace doesn't reveal any specifications of the upcoming models, it asks customers to come back on February 18. This suggests that more details about the new phones could be revealed in the coming days.

Flipkart has also made a teaser video that gives us a quick glance at one of the upcoming Realme Narzo phones. It seems to be the Realme Narzo 30 Pro 5G, which could be a rebranded Realme Q2 that debuted in China in October and was launched in the UK as Realme 7 5G in November.

The video initially shows two phones from the front that both appear to have a hole-punch display design. It then quickly moves forward to show us the back of one of them that has a gradient finish and a multi-camera setup, along with the Narzo branding.

In addition to the teaser released by Flipkart, Realme India and Europe CEO Madhav Sheth has tweeted an image that shows the back of the Realme Narzo 30 Pro 5G. It seems identical to the phone that appeared in the video released by Flipkart. The phone also appears to have a triple rear camera setup, which is expected to include a 48-megapixel primary sensor and an LED flash module.

Glad to announce a new program named #MadhavsTechSquad, where #realmeCommunity members will get a chance to review our upcoming offerings, before we launch it to the masses.

Kicking off the program off with 5 #realmeFans for the upcoming #Narzobyrealme Launch. Stay tuned! pic.twitter.com/9IRJnvLgCR

The Realme Narzo 30 series launch in India is yet to be confirmed by the company. However, it is tipped to take place by the end of February. The company is also rumoured to launch gaming accessories alongside its new Narzo-series smartphones.