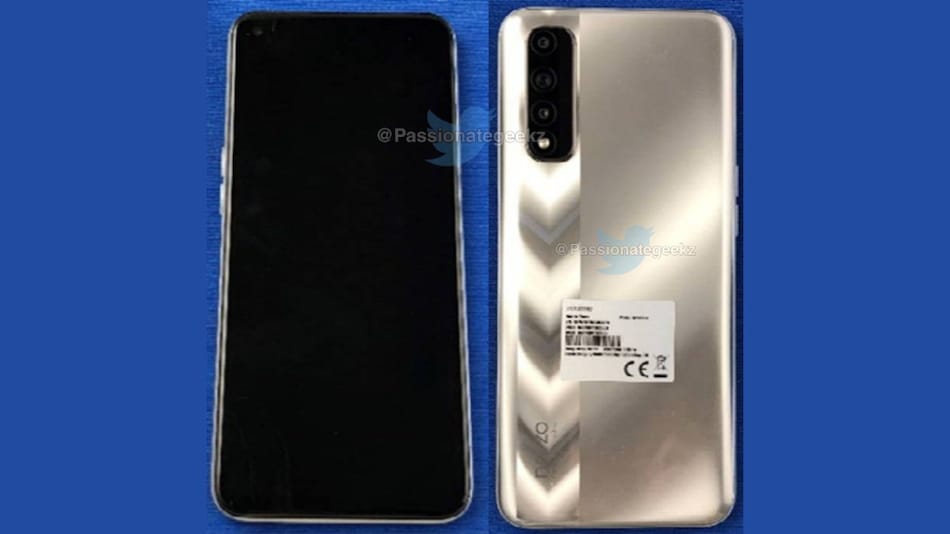 Realme Narzo 30 has been teased to launch soon

Realme Narzo 30 specifications have leaked online along with an image suggesting its design. The phone has also been spotted on Indonesia Telecom and US Federal Communications Commission (FCC) certification sites that reveal more about it. Realme Narzo 30 India launch was recently teased by Realme India and Europe CEO Madhav Sheth. The phone is expected to have both 4G and 5G variants. Another upcoming phone from the company, the Realme 8 5G, has also been spotted in a US FCC listing.

The Realme Narzo 30 specifications and a live image have been leaked by tipster Paras Guglani. According the tipster, the phone has been certified with the model number RMX2156 and features a 5,000mAh battery. The leaked image suggests that the phone may have a hole-punch display placed on the top left corner of the screen and vertically aligned triple rear cameras. The tipster suggests the phone may have an in-display fingerprint sensor. The Realme Narzo 30 is seen to have a silver glossy finish.

Tipster Mukul Sharma has spotted the Realme Narzo 30 on the Indonesian Telecom certification site. The phone is said to be listed with the same model number, RMX2156. As per the listing, the phone packs a 5,000mAh battery, run on Realme UI 1, and measure 162.35x75.46.9.45mm. The Realme Narzo 30 has also been spotted on the US FCC site with the same model number. It is listed to run on Android 10-based Realme UI 1.0, have 30W fast charging support, and weigh 198 grams. The RMX2156 model number is said to belong to a 4G model, and the company is also expected to launch a 5G variant as well.

Separately, the rumoured Realme 8 5G has also been spotted on US FCC site. The certification was spotted first by tipster Abhishek Yadav and it says that the phone will sport a side-mounted fingerprint scanner and pack a 5,000mAh battery. The phone is said to have 8.5mm thickness and weigh about 185 grams. It is said to run on Realme UI 2.0. The tipster also claims that the Realme 8 5G may launch sometime this month. The company has made no official announcements yet.