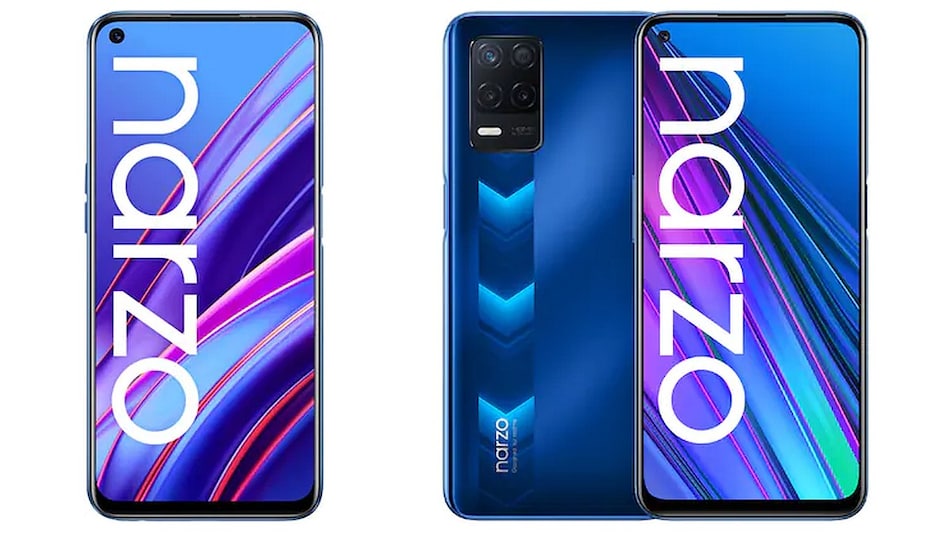 The upcoming vanilla Realme Narzo 30 was announced in a tweet by the company's CEO Madhav Sheth. He also said that Realme is working on both Narzo 30 4G and Narzo 30 5G variants.

Carrying forward the #PowerMeetsStyle legacy, #realmeNarzo30, and #realmeNarzo305G is all set to win the hearts of Young Players once again!

Launching this month, RT if you are excited. pic.twitter.com/Pmtac8T53U

As mentioned earlier, the Realme Narzo 30 4G was launched in Malaysia in May. The smartphone runs Android 11 with a Realme UI 2.0 skin on top. It also sports a 6.5-inch full-HD+ display with 20:9 aspect ratio, 405 ppi pixel density, and 580 nits peak brightness. The Narzo 30 4G is powered by a MediaTek Helio G95 SoC paired with 6GB of RAM. The 128GB of onboard storage can be expanded via a microSD card.

Realme Narzo 30 4G sports a triple rear camera setup with a 48-megapixel camera and two 2-megapixel monochrome and macro sensors. It also sports a 16-megapixel Sony IMX471 selfie camera at the front. The Narzo 30 4G packs a 5,000mAh battery with 30W Dart Charge fast charging support. The Indian unit may come with similar specifications. However, since Realme hasn't confirmed the specifications, all these specifications should be taken with a grain of salt, as the India model may be tweaked before launch.

The Realme Narzo 30 5G was launched in Malaysia around the same time as its 4G sibling. Akin to the 4G variant, the Narzo 30 5G also runs Android 11 with a Realme UI 2.0 skin on top. The display size and resolution is similar as it also sports a 6.5-inch full-HD+ display with 600nits peak brightness and a 90Hz refresh rate. Under the hood, the Narzo 30 5G sports a MediaTek Dimensity 700 SoC paired with 4GB of RAM. Its 128GB of onboard storage can be expanded up to 1TB using a microSD card.

In terms of camera, the Narzo 30 5G has the exact same setup as the 4G variant. It packs a 5,000mAh battery with 18W fast charging capability. The phone also sports a side-mounted fingerprint scanner embedded in the power button. Similar to the Narzo 30 4G, Realme hasn't confirmed the specifications of the Indian unit, so it should be taken with a pinch of salt.

Elizabeth Taylor or Cleopatra? This Deepfake Video Will Leave You Confused
Poco M3 Pro 5G First Impressions: Competitive, but Is It Disruptive?