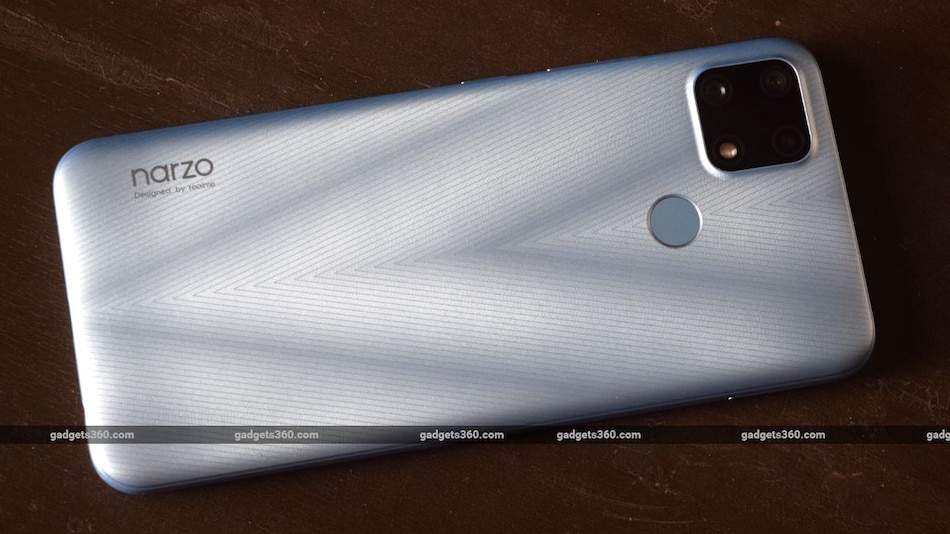 Realme Narzo 20 is getting an update that brings many bug fixes and improvements. Bundled with the update are the July and August 2021 Android security patches. Realme announced that the update will be rolled out in a phased manner. Realme Narzo 20 was launched in India in September 2020 and came with Android 10-based Realme UI out-of-the-box. Subsequently, in March, it received an Android 11-based Realme UI 2.0 update. The smartphone is powered by a MediaTek Helio G85 SoC, paired with 4GB of RAM.

As mentioned, the update will roll out incrementally and is expected to be received by all eligible Realme Narzo 20 handsets automatically over-the-air. Keen users can head to Settings > System > Software update to manually check for the update.

Realme Narzo 20 — launched in September 2020 — sports a 6.5-inch HD+ display with a 20:9 aspect ratio. Under the hood, it is powered by a MediaTek Helio G85 SoC, paired with 4GB of RAM. It has up to 128GB of onboard storage that can be expanded up to 256GB via a microSD card. The smartphone features a triple rear camera setup, headlined by a 48-megapixel primary sensor. For selfies and video calls, it has an 8-megapixel sensor placed within a hole-punch cutout at the front. Realme has packed a 6,000mAh battery with 18W fast charging support in the Narzo 20.