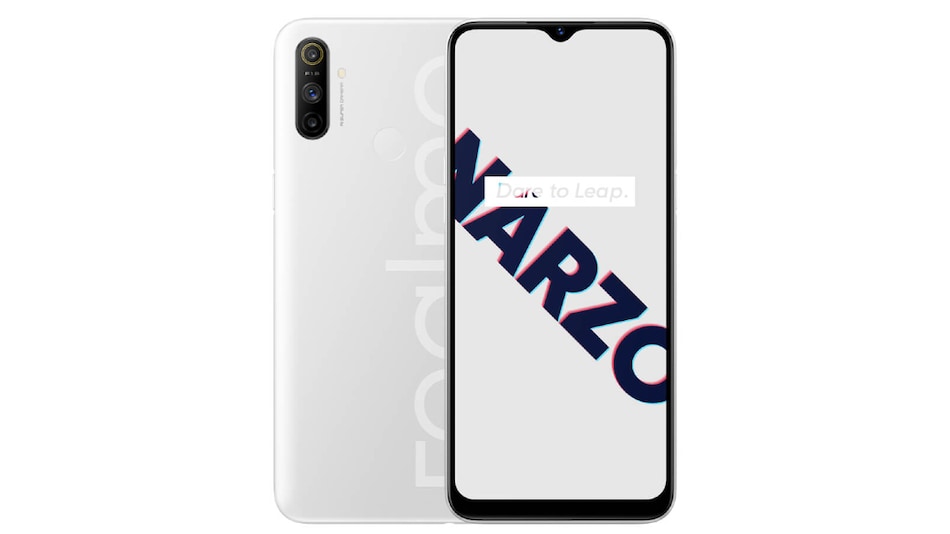 The Realme Narzo 10A 4GB RAM + 64GB storage model is priced in India at Rs. 9,999. The phone will be available on Flipkart and Realme.com, just like the 3GB RAM + 32GB model that is listed for Rs. 8,499. The first sale of the 4GB RAM model will be held tomorrow i.e. June 23 at 12pm (noon) IST. The 3GB RAM option is also slated to be available on flash sale at the same time. The Realme Narzo 10A both configurations come in So White and So Blue colour options. Apart from Flipkart and Realme.com, the Narzo 10A is also available in offline stores in selected states - Tamil Nadu, Gujarat, Rajasthan, Karnataka, Kerala, Bihar and Maharashtra.

Realme.com offers include up to Rs. 500 MobiKwik cashback. Offers on Flipkart include Rs. 30 discount on their first prepaid transaction using RuPay debit card, 5 percent unlimited cashback on Flipkart Axis Bank credit card, and extra 5 percent off with Axis Bank Buzz credit card. No-cost EMI plans are also available ranging from 3 months to 12 months. As mentioned, the Realme Narzo 10A had been launched in India in May in a single variant - 3GB/ 32GB.

The Realme Narzo 10A comes with Realme UI based on Android 10 and has a 6.5-inch HD+ (720x1600 pixels) display with a 20:9 aspect ratio and Corning Gorilla Glass 3 protection. The phone is powered by an octa-core MediaTek Helio G70 SoC, paired with up to 4GB of RAM. The Realme Narzo 10A has up to 64GB of onboard storage that is expandable via a dedicated microSD card slot.

Connectivity options on the phone include 4G LTE, Wi-Fi, Bluetooth v5.0, GPS/ A-GPS, and a Micro-USB port. Users get a 5,000mAh battery on the Realme Narzo 10A that supports reverse charging.