Realme Narzo 10, Narzo 10A Launch Postponed Due to Coronavirus Lockdown 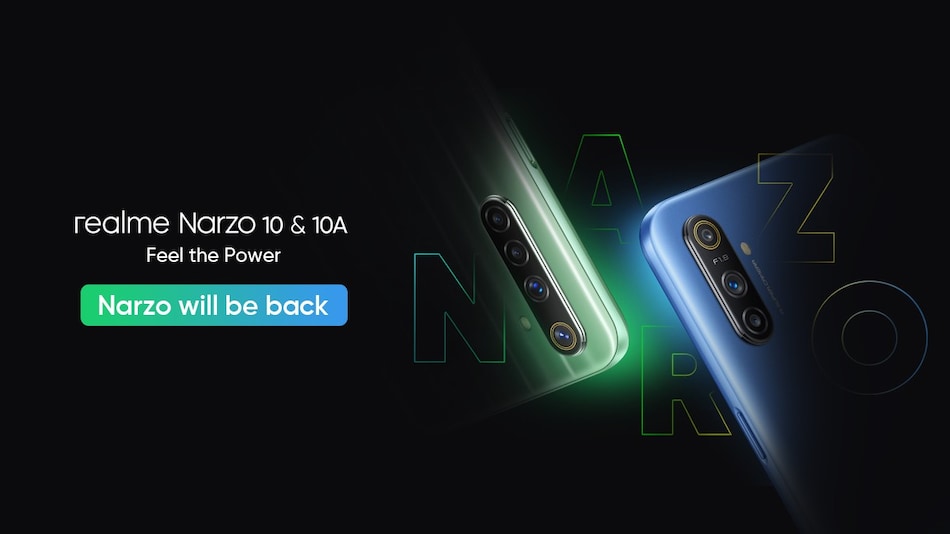 Realme Narzo series will include two phones at its debut

Realme Narzo 10 and Realme Narzo 10A phones were slated to launch in India on March 26 i.e. tomorrow, but due to the recently announced countrywide lockdown, the launch has now been postponed indefinitely. Realme India chief Madhav Sheth has announced that the company is suspending all upcoming launches. This includes the heavily teased Realme Narzo phones as well. Sheth also urged all citizens to stay at home and be safe in this recently announced lockdown as the number of coronavirus cases continue to rise in the country.

Sheth wrote in his tweet, “With respect to the announcement made by our Honourable Prime Minister yesterday, we have decided to suspend all upcoming launches including #realmeNarzo series. Time for us to focus on our family and ourselves. Stay at home, stay safe & cooperate with local authorities.”

This comes soon after Sheth claimed that sales of the two phones will be postponed. At that time, he didn't clarify whether the launch will be cancelled or not, but that confusion has now been cleared.

The executive has also confirmed that the all Realme employees have been asked to work from home, and that its ‘Make in India' production facility has also been halted. PM Narendra Modi has directed the lockdown of the entire country, and has halted sales of non-essential goods. The company is complying with the government's directive by cancelling the launch of the Realme Narzo 10 and Realme Narzo 10A. The new series is aimed at ‘Generation Z', and it has been reported to be rebranded versions of the Realme 6i and Realme C3 respectively.