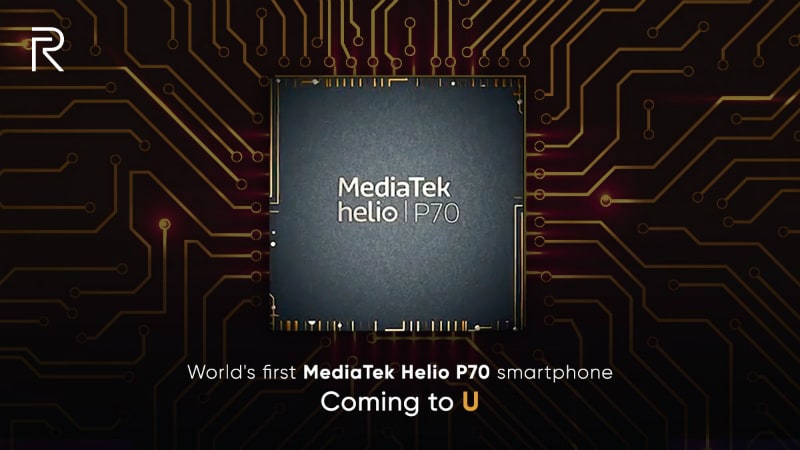 MediaTek launched the Helio P70 SoC in October, and Realme soon after announced that it will be the first brand to launch a smartphone globally with the new processor integrated. The Helio P70 went into mass production last month itself, and was reported to be made available to clients in November. Now, Realme has again teased the arrival of the Helio P70 smartphone, and the company says that the MediaTek SoC will be integrated into a device that is a part of a completely new 'U' series.

Realme took to Twitter to announce that it will be introducing the world's first MediaTek Helio P70 smartphone, under the company's brand new 'U' series. With this, Realme confirms that it will be introducing a new 'U' series soon, expanding its portfolio further. Currently, the company offers the Realme 1, Realme 2, Realme 2 Pro, and the Realme C1 in the Indian market.

Unfortunately, the company hasn't detailed on the exact date for the upcoming new 'U' series. Apart from the fact that the smartphone will be the first to be powered by the new MediaTek Helio P70 processor, other specifications, design, or pricing information of the upcoming device are not known yet. The Helio P70 features an enhanced AI engine, upgraded imaging and camera support, boosted gaming performance, as well as improved connectivity when compared with previous generations.

It comes with a 4G LTE modem with up to 300Mbps peak download rates, and also supports dual 4G VoLTE. The SoC supports up to 32-megapixel single cameras, or 24+16-megapixel dual cameras, and comes with three independent image signal processors (ISPs) for reduced power consumption (up to 18 percent less compared to previous Helio dual-camera setups).