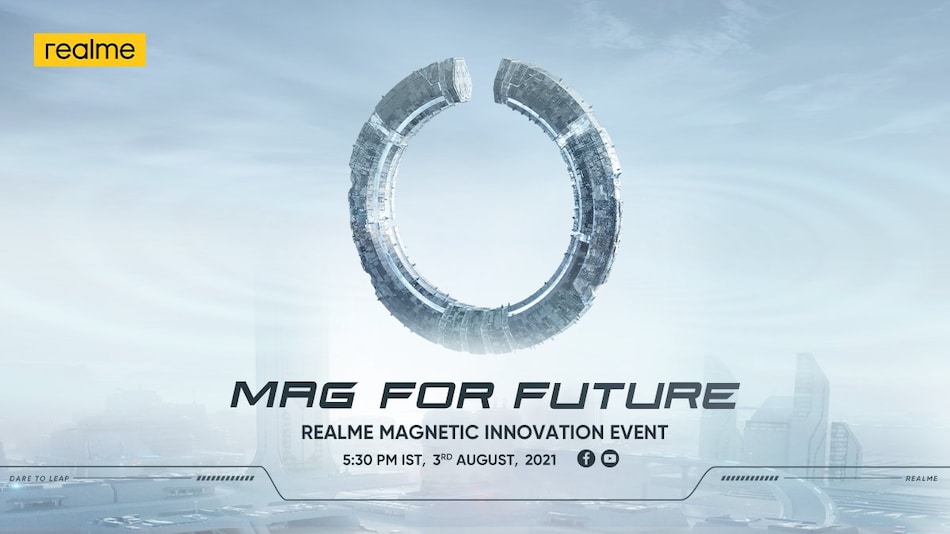 The company announced the arrival of Realme MagDart magnetic wireless charger via a tweet from the Realme TechLife account. The launch will take place at 5.30pm IST on August 3. The tweet reads, “Introducing our next leap! Brace yourselves for the next-gen of Android wireless charging. Bringing you a magnificent magnetic innovation, featuring Realme Flash, and much more.” This hints that the company may announce the Realme Flash smartphone alongside, that was teased recently as well. Realme hasn't made an explicit announcement regarding this but should offer more clarity soon.

The teaser poster shows a ring-like structure that indicates its similarities with the MagSafe Battery Pack announced recently. The MagSafe charger is compatible only with iPhone 12 series and MagDart wireless charging technology will likely be compatible with phones that integrate MagDart tech only. The first phone to be MagDart compatible is Realm Flash.

Previous leaks suggest that the Realme MagDart magnetic wireless charger is a thick cuboid-shaped charging puck that sticks to the back of a compatible phone to charge it. It has ventilation holes at the back for heat dissipation. Render leaks suggest that while the connection between the charger and the phone is wireless, the MagDart charger does require a USB Type-C connection to keep it going. It is tipped to deliver charging speeds of over 15W and leaks claim that it will be the fastest magnetic charger in the world.

As for Realme Flash, the smartphone is tipped to feature a hole-punch display, a triple rear camera setup, be powered by a Snapdragon 888 SoC paired with 12GB RAM and 256GB storage. It will run Android 11-based Realme UI 2.0.