Madhav Sheth co-founded Realme with Sky Li in May 2018. 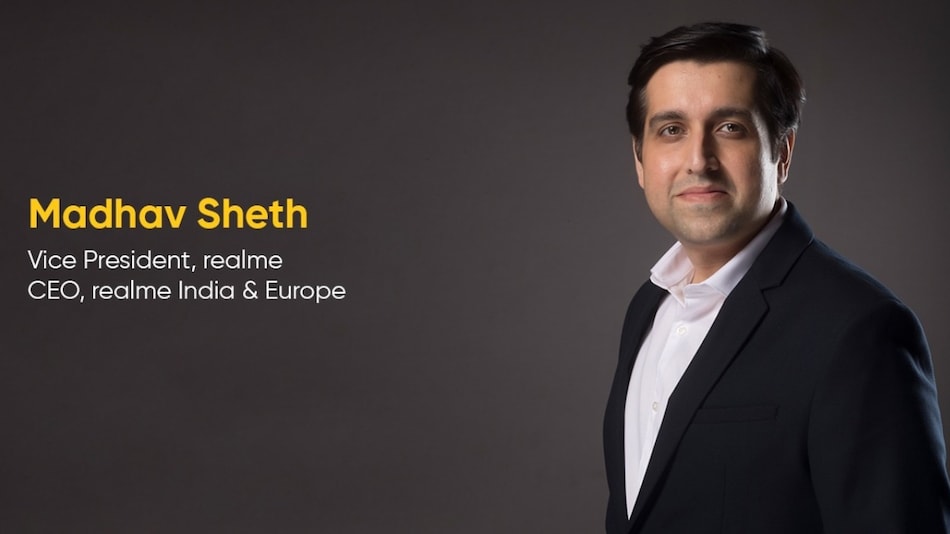 Madhav Sheth took to Twitter to make the announcement

Realme India CEO Madhav Sheth, who is also a Vice President at Realme, has been elevated to "spearhead the brand's presence and business operations in the Europe region," the company said in a press release. Sheth also took to Twitter to announce the news. Alongside, he will continue to steer Realme's operations in India as well. Taking on his new role, Sheth will spearhead the company's presence and business in five European nations with plans to position Realme as one of the top brands there. Sheth co-founded the smartphone brand two years ago, expanding to over 50 regions and across several continents.

Sheth made the announcement on Thursday on Twitter. Speaking on the prospect, he wrote, “It will give me an opportunity to establish our core values - focus on user feedback & introduce Tech Trendsetting products in Europe as I continue to steer growth in India.”

I'm delighted to announce that I'll be the CEO of @realmeeurope in addition to @realmemobiles from today. It will give me an opportunity to establish our core values - focus on user feedback & introduce Tech Trendsetting products in Europe as I continue to steer growth in India. pic.twitter.com/wK268QPLq6

Alongside India, Sheth will be heading the product, marketing, and sales functions in the Europe market, starting with the countries of Spain, France, Germany, Poland, and the Czech Republic. The company statement adds that Sheth and the Europe team plan to position Realme as one of the top five brands in Europe.

Back in May 2018, Sheth co-founded the company with former Oppo Vice President Sky Li. Since then, Realme has expanded its operations to 59 regions across five continents. Despite the ongoing pandemic taking a toll on most leading companies, Realme cites the latest user numbers to claim it managed to add 15 million new users during the first half of 2020. This brings the company's global user-base tally to 45 million.

Realme also launched one of the first 5G smartphones in India earlier this year, the Realme X50 Pro 5G. With its European operations, the company plans to tap into one of the earliest 5G markets in the world as well.