Realme GT Neo that debuted in China with a starting price of CNY 1,799 (roughly Rs. 20,700) is expected to be model launching in India. 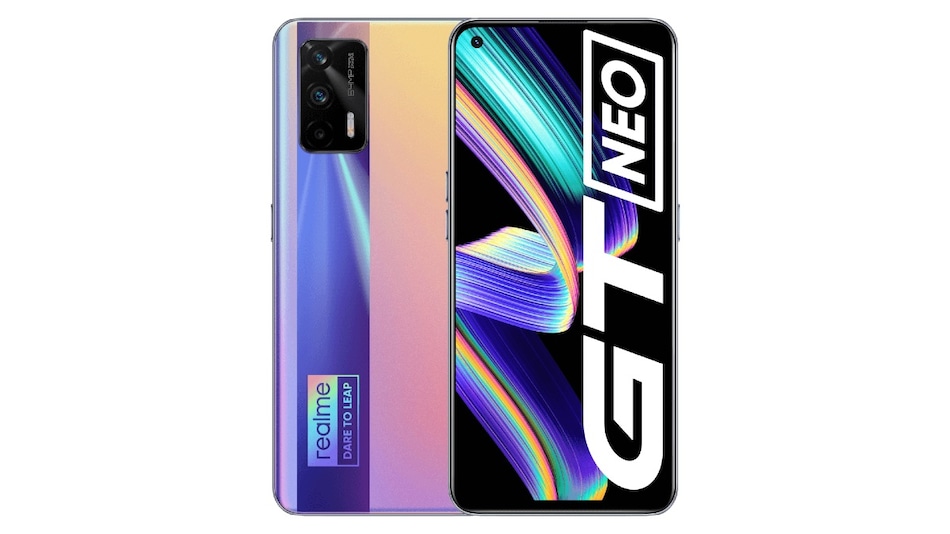 Realme is set to launch India's first phone powered by MediaTek Dimensity 1200 SoC very soon, Vice President and India and Europe CEO Madhav Sheth announced on Tuesday at the virtual MediaTek Technology Diaries. Although the executive did not disclose the name of the model that is launching in the country, it is likely to be the Realme GT Neo that debuted in China just late last month. The Dimensity 1200 SoC is designed specifically for high-end 5G phones — competing against Qualcomm's Snapdragon 888.

Globally unveiled in January alongside the Dimensity 1100, the MediaTek Dimensity 1200 SoC is claimed to deliver up to 22 percent faster CPU performance and is touted to be 25 percent more power-efficient over the previous generation SoC. It is equipped with ARM Mali-G77 MC9 GPU and six-core MediaTek APU 3.0.

MediaTek has offered three ARM Cortex-A78 super cores at a maximum clock speed of 2.6GHz on the Dimensity 1200 SoC, along with four ARM Cortex-A55 efficiency cores at up to 2GHz speed. The SoC also carries support for a maximum of 16GB LPDDR4x RAM and UFS 3.1 storage.

Realme launched the Realme GT Neo to China last month as the first phone to have the MediaTek Dimensity 1200 SoC. Apart from the top-end chipset, the Realme GT Neo offers a 120Hz AMOLED display, up to 12GB of RAM, and up to 256GB of onboard storage. It also comes with a triple rear camera setup that has a 64-megapixel Sony IMX682 primary sensor and offers 65W fast charging.

Realme has not yet provided any concrete details about the launch of the Realme GT Neo in India. However, the phone was purportedly spotted on the country's IMEI database and the Bureau of Indian Standards (BIS) certification website.

In addition to Realme, MediaTek is optimistic to have other manufacturers on board that will launch their Dimensity 1200-based smartphones over time.