Realme GT Neo will be powered by a MediaTek Dimensity 1200 SoC and may have 6GB and 8GB RAM variants. 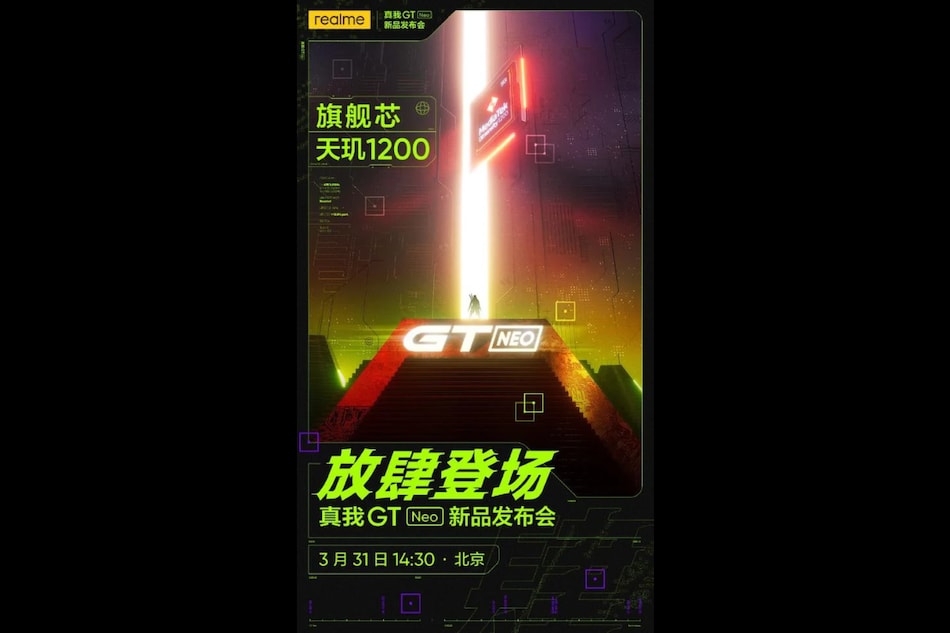 Realme GT Neo will launch in China on March 31

Tipster Mukul Sharma tweeted about seeing the phone on India's IMEI database. A Realme phone with the model number RMX303, believed to be the Realme GT Neo, has been allegedly listed in the database. He also shared that the same model number has been spotted on the BIS certification website as well as on Geekbench. The Indian IMEI and BIS listings suggest that the phone will launch in the country, and it may just arrive here on the same day it launches in China, which is Wednesday, March 31. Neither of these two listings have any other details about the phone.

The Geekbench listing in question shows the same model number with Android 11, 6GB and 8GB RAM, and a MediaTek Dimensity SoC, which we know from the company's teaser is the MediaTek Dimensity 1200 SoC. The phone scored 970 in single-core and 2,812 in multi-core performance tests.