Realme GT Neo Gaming is expected to be powered by the Snapdragon 870 SoC. 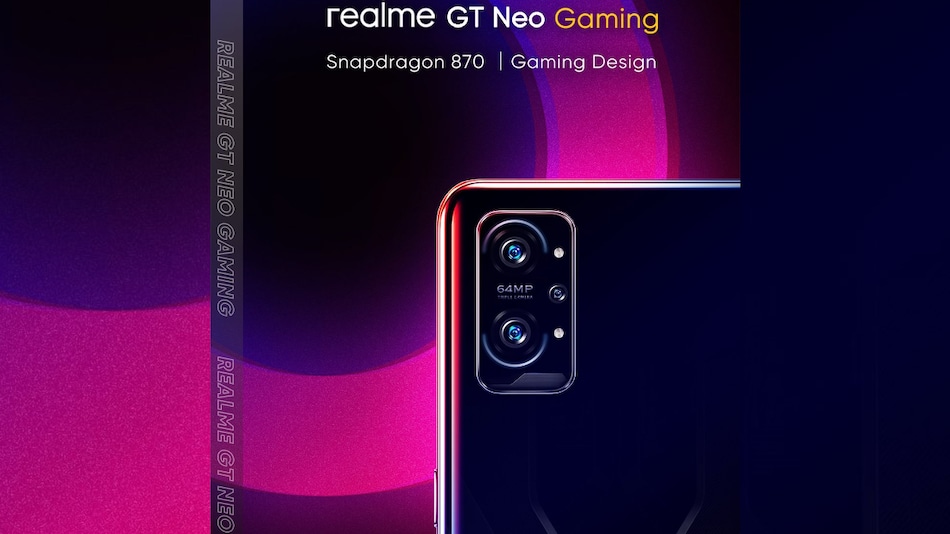 The tipster has also leaked key specifications of the rumoured Realme GT Neo Gaming and the phone is expected to be powered by the Qualcomm Snapdragon 870 SoC. It is tipped to feature a triple camera setup at the back with a 64-megapixel main camera. The phone is likely to feature a gaming design, hinting at extra shoulder buttons and a higher refresh rate. The render attached to the tweet purportedly shows the back panel design of the Realme GT Neo Gaming, and it is seen to have a completely different camera module design than of the Realme GT Neo and even the Realme GT Neo Flash Edition. There are two large sensors sitting one below the other and a small sensor sitting on the side inside a rectangular-shaped module. The back panel also seems to have a unique design with gradient hues.

Realme has made no announcement regarding the launch of the rumoured Realme GT Neo Gaming.