Realme GT Neo is said to be backed by a 4,500mAh battery that supports 65W fast charging. 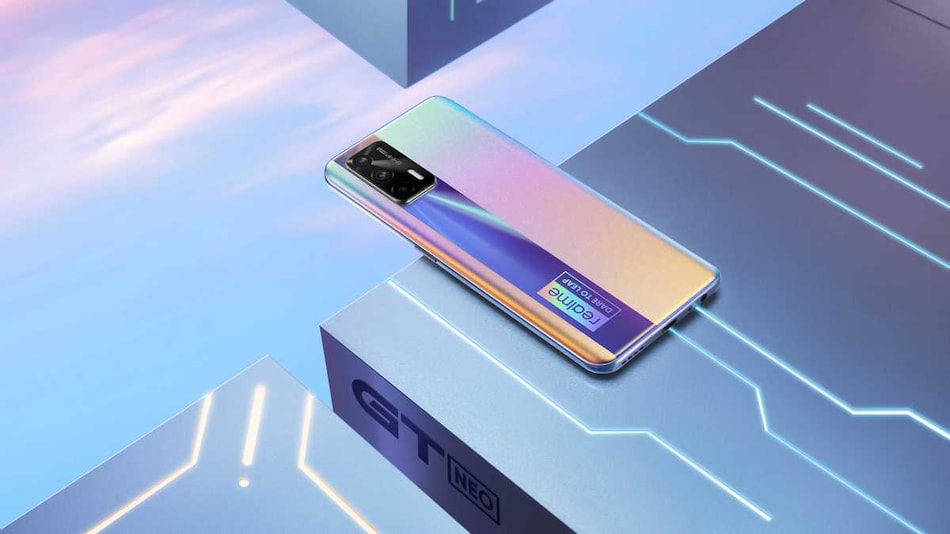 Realme took to Weibo to show off the design for its upcoming Realme GT Neo through a short promo video. It shows the back of the phone that has a matte texture with a glossy strip that runs from top to bottom. A triple rear camera setup can be seen as well. Vice President of Realme and President of Global Marketing, Xu Qi Chase, also shared an image of the same variant of the phone and revealed that the colour is to be called Final Fantasy. It shows a 3.5mm headphone jack and a USB Type-C port on the bottom. The camera module has 64-megapixel written on it, confirming the primary sensor in the phone.

Tipster Abhishek Yadav shared on Twitter that the Realme GT Neo could launch in China at CNY 2,000 (roughly Rs. 22,200). The tipster did share the configuration for this price but it will presumably be for the base variant of the Realme GT Neo.

In the same tweet, Yadav also shared some of the specifications for the Realme GT Neo. The phone is said to run Realme UI 2.0 out of the box. It may come with a 120Hz Super AMOLED display, LPDDR5 RAM, and UFS 3.1 storage. Realme has previous confirmed the MediaTek Dimensity 1200 SoC for the Realme GT Neo and the tipster shared the same. In terms of optics, the tweet states there will be a 64-megapixel Sony IMX682 sensor, an 8-megapixel sensor, and a 2-megapixel sensor on the back. The phone may be backed by a 4,500mAh battery with support for 65W fast charging. It may be 8.4mm thick and weigh 186 grams.

Realme GT Neo will be unveiled in China on March 31 and it could be released in India on the date as well as the phone has been reportedly spotted in an Indian IMEI database listing as well as in a Bureau of Indian Standards (BIS) certification listing.

India Might Ban Cryptocurrency, But Coinbase Is Looking for Indian Engineers