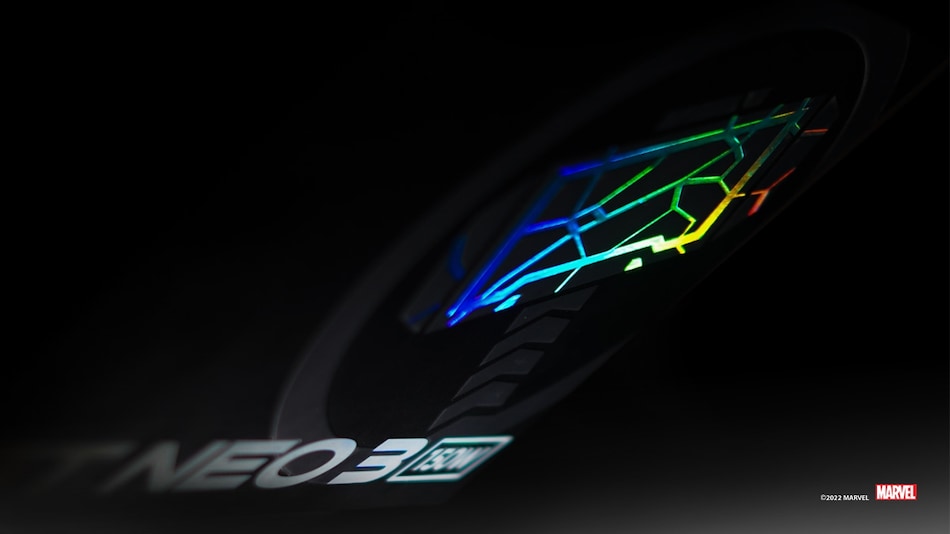 Realme is collaborating with Marvel Studios to bring a new limited edition smartphone. The Shenzhen company has teased the arrival of the Realme GT Neo 3 (150W) Thor Love and Thunder Limited Edition in India. Realme has kept the design and specifications of this handset under wraps for now. However, we can expect it to boast an upgraded look with UI changes based on the God of Thunder's upcoming feature film. There is no indication from the company whether the 80W variant will also receive a similar treatment or not.

Realme Vice President Madhav Sheth tweeted a teaser image for the limited edition Realme GT Neo 3 (150W), which will be based on the upcoming feature film Thor: Love and Thunder. The smartphone will launch on the same day as the India release of the movie, July 7. This is the second time Marvel Studios has come together with Realme to launch a special edition handset. In July 2019, the two teamed up to bring the Realme X Spider-Man: Far From Home Edition.

The Realme GT Neo 3 (150W) Thor Love and Thunder Limited Edition is expected to offer the same specifications as the regular model. To recall, the regular Realme GT Neo 3 (150W) was launched earlier this year in April. The smartphone sports a 6.7-inch full-HD+ display with a refresh rate of 120Hz and a touch sampling rate of 1,000Hz. It packs a MediaTek Dimensity 8100 5G SoC under the hood. For optics, it sports a triple rear camera setup highlighted by a 50-megapixel Sony IMX766 primary sensor. It is also equipped with a 16-megapixel Samsung S5K3P9 front-facing camera. The handset packs up to 12GB of LPDDR5 RAM and up to 256GB of inbuilt UFS 3.1 storage. This model houses a 4,500mAh battery that supports 150W UltraDart Charging.

Can Realme 9 Pro and 9 Pro+ win their respective segments? We discuss this on Orbital, the Gadgets 360 podcast. Orbital is available on Spotify, Gaana, JioSaavn, Google Podcasts, Apple Podcasts, Amazon Music and wherever you get your podcasts.