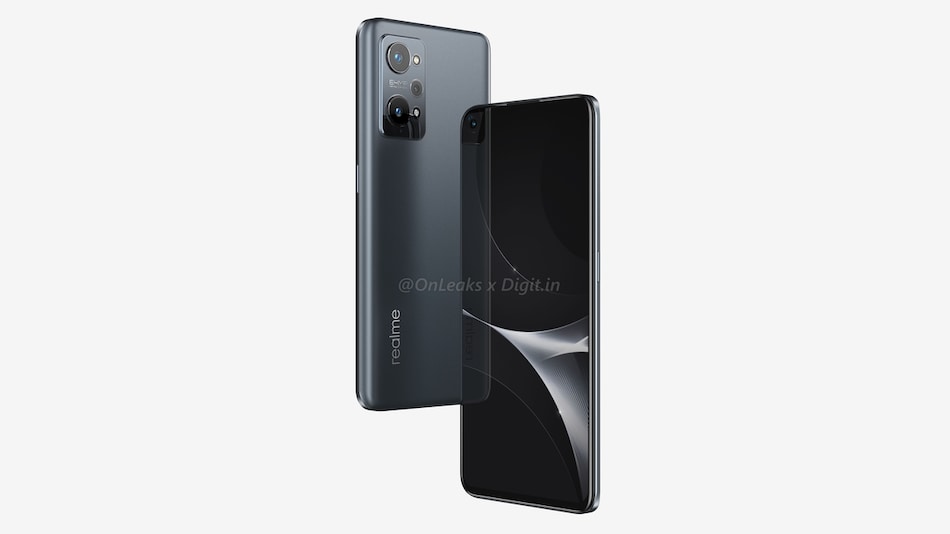 Realme GT Neo 2 is an upcoming smartphone from the company. Realme has confirmed its arrival with a teaser on Weibo but hasn't announced a launch date. The phone has now been spotted on Geekbench benchmarking website, tipping key specifications and hinting that the launch may be imminent. Realme GT Neo 2 has also leaked in multiple renders suggesting a triple rear camera setup with a 64-megapixel main camera and a hole-punch display. Realme will also partner with Mercedes-AMG for a special Green colour option for the GT Neo 2, as per a recent leak.

The upcoming Realme GT Neo 2 has been listed on Geekbench 4 benchmarking site with the model number RMX3370. This is the same model number that was spotted on China's 3C certification site a few days ago. The Geekbench listing tips that the phone will be powered by a Qualcomm Snapdragon 870 SoC. It is also listed to pack 12GB of RAM and run on Android 11 software. The phone is given a 4,678 single-core score and a 12,690 multi-core score on Geekbench.

While the Geekbench listing suggests that the Realme GT Neo 2 will pack 12GB of RAM, it is likely to also come in an 8GB RAM option as well. Other leaked specifications include a 6.62-inch full-HD+ display and a 120Hz refresh rate. The phone's display in leaked renders is seen to have a hole-punch design with the cutout placed on the top left corner of the screen. Its triple rear camera setup will apparently be integrated in a rectangular-shaped camera module placed on the top left corner of the back panel. The rear camera setup is said to include 64-megapixel, 8-megapixel, and 2-megapixel sensors. In the front, the Realme GT Neo 2 will reportedly feature a 16-megapixel sensor for the selfie camera. It is said to get a 5,000mAh battery and the 3C certification tips 65W fast charging support.